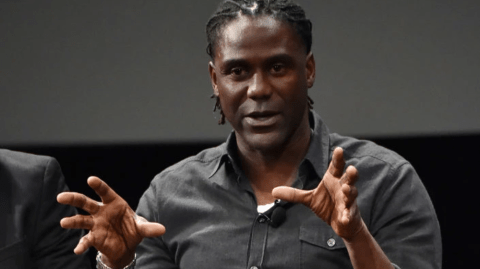 Former Chelsea star Mario Melchiot has warned that the Premier League is becoming a one-team league that will ‘hurt’ the English game.

Manchester City have been absolutely dominant in recent years under Pep Guardiola, winning four of the last five top-flight titles.

After a strong start to 2022-23 they could once again emerge supreme, with new striker Erling Haaland scoring an incredible 14 goals from City’s first eight games.

They are currently second, but just one point behind leaders Arsenal and are unbeaten having won six and drawn two.

Liverpool have been the only team to stop City in recent seasons – winning the 2019-20 title – but they have endured a rotten start to the 2022-23 campaign.

Asked about City’s dominance, Melchiot told ESPN: ‘It will hurt the game. Why did I come to England and play there so long?

‘It’s because I had a feeling there was more opportunities for other teams to win the league.

‘[If one team] wins continuously, the spicy side of why England is so great, it might go away.

‘We cannot look at City and make it a problem for them… [They’ve] brought in Erling Haaland and the kid cannot stop scoring.

‘I even think Pep Guardiola is looking at him and thinking he knew he was great, but he’s producing even more.

‘If City keep doing this, and I see Liverpool have dropped a bit – well, they might pick up the momentum a little bit – but I just don’t want it to become a one-team race.’

Ian Wright, meanwhile, feels City have ‘broken’ Liverpool because ‘they’ve had to hold onto them for so long’.