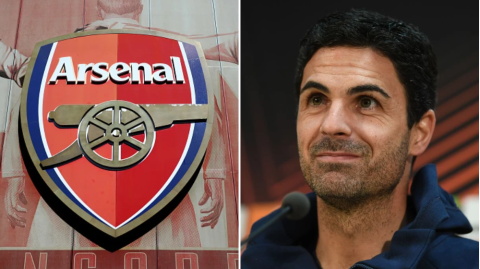 Arsenal last won the Premier League title in the 2003-04 season under Arsene Wenger. The Gunners made history in that season, as they became the first Premier League team to complete a full season without losing a single game. Their record that season was W26 D12 L0.

One of the dominant teams in English football, Arsenal FC, has been struggling to finish first for some time. Even finishing in the top four has proven challenging for them. Given that the Premier League is one of the most competitive in the world, it is understandable why this team has been without a championship for a while. Simply put, there is too much money available to field a competitive team every season. We must return to the time when Arsene Wenger steered this team to its heyday.

Like Wenger’s Arsenal, Manchester City is the team to fear right now. With the addition of one Erling Haaland, Pep Guardiola’s team is doing amazing work and seems unstoppable. Even their city rival Manchester United was defeated by six goals thanks to them. Only Liverpool has been able to challenge City’s hegemony in recent years. The past few seasons have seen Jurgen Klopp’s team put up a fight, but based on their performances this year, they don’t seem to be the same team that was feared only a few months ago.

When you look at the Premier League champions over the past ten years, only a select few names come to mind. Of course, we’re referring to the City and United vs. United rivalry in Manchester, as well as Liverpool, Chelsea, and the unexpected addition of Leicester. For more than ten years, Arsenal came nowhere’ close to winning it all. They had no problems being competitive before they became adamant that a new stadium was required. The Emirates Stadium, which was entirely funded by the team, is still regarded as one of the best in the world. It served as Wenger’s final gift to the team before his departure in 2018.

Even less competitive than the final few of Arsene’s reign were the last few years at Arsenal. It was challenging for them to place in the top four and earn a spot in the Champions League. The club struggled to sign big-name players without the money that comes with CL. Their fortunes changed once they were able to sign some young, talented players like William Saliba and produce a few academy products like Bukayo Saka. The players did not, however, change this club’s fortunes on their own. No, that would be overstating the case.

With Mikel Arteta‘s hiring as head coach, the sleeping giant’s rebirth got underway. The ideal candidate for the position turned out to be a club legend who had trained under both Wenger and Pep Guardiola. Despite having a rocky start, he was still able to win the FA Cup and come close to finishing in the top four last season. The club now has a new identity after a few chaotic years, but most importantly he was able to impart his ideas to the players. On the strength of players like Gabriel Jesus, Martin Odegaard, Gabriel Martinelli, Ben White, Saliba, and others, the team is performing admirably.

Despite not being the favorites at the beginning of the season, they’ve gradually worked their way to being the favourite to lift the trophy ahead of Manchester City and Liverpool (whom are still struggling to rise back to top 4). That’s accurate. The talk of the town is Arteta and his men, who are currently England’s top team. No one could have predicted it. Even the most ardent Arsenal supporters did not anticipate such a slow start. They play a calm, fluid brand of football that hasn’t been witnessed at the Emirates since Wenger’s reign. The Gunners are hoping for a title push in the season’s final few months, even though the length of the season makes it impossible to predict how it will pan out. Everything is possible, but Champions League soccer doesn’t seem to be one of them.

After having said the aforementioned, we must ask you a question. Do you recall the most recent season in which Arsenal won the Premier League? I think this is a really good question. Younger football supporters likely don’t know the solution. As we previously stated, Arsene Wenger was the one who won the previous championship. Their title drought is a little longer than the five years the man wasn’t with the team. To be honest, it’s quite lengthy. Before the City teams began to rule the league, Sir Alex Ferguson’s United teams did it under Jose Mourinho’s leadership for a brief period of time.

Yes, Arsenal had been out of the public eye for a while. If The Gunners don’t end the curse this year, it will have been twenty years since they last won a championship. The most recent one was captured during the 2003–2004 season. Fortunately for all Arsenal supporters, it was a memorable one. If you recall, it was during the renown The Invincibles season. As they raised the golden trophy, they were a team that would go down in history. A legendary team was able to go an entire season without admitting a loss. Despite the money we currently have in the Premier League, this achievement will be difficult to duplicate.

When did Arsenal last win the Premier League title?

Do you recall that group? The greatest team ever put together will be remembered for the contributions made by players like Patrick Vieira, Thierry Henry, Dennis Bergkamp, Robert Pires, Freddie Ljungberg, Ashley Cole, Kolo Toure, Sol Campbell, and Gilbert, among others. Yes, there were teams in the PL that came after, but it’s difficult to compare the flair and originality this team exhibited that year. In both that year and the years that followed, Henry was at the top of his game. This team peaked with their loss in the 2006 CL final to FC Barcelona after blowing a 1-0 lead to end 2-1, which marked the end of an era for them.

Arsenal last won the Premier League title in the 2003-04 season under Arsene Wenger. The Gunners made history in that season, as they became the first Premier League team to complete a full season without losing a single game. Their record that season was W26 D12 L0.

Something is once more bubbling in North London twenty years later. With a few young stars on the team and a coach who cares about the team and the club, the team is once again playing excellent football and has the potential to cause trouble for the league in the coming seasons. They can become a force to be reckoned with with a few signings. Of course, we can all hope for wonder this year, but let’s wait to make any predictions until after the conclusion of this season. Do you already have it done?