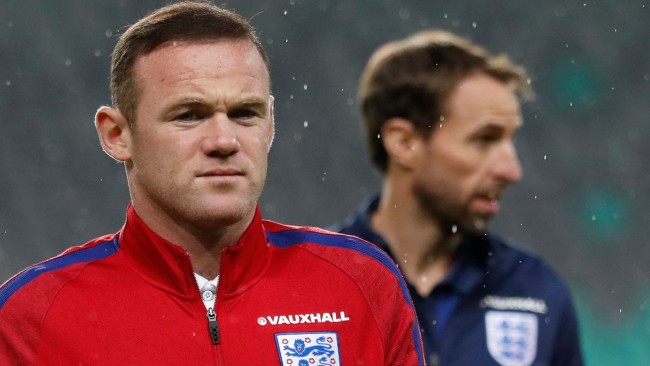 Maguire has been named in England’s 26-man squad and is expected to start their World Cup opener against Iran on November 21.

However, the 29-year-old heads into the tournament with a lack of minutes under his belt for Manchester United having started just five of their matches this season.

Rooney is adamant that Maguire ‘won’t let England down’ but claims Southgate used to have a policy which prevented out-of-form players from making the squad.

‘Am I surprised? No. I think Harry’s been great in the last two tournaments,’ Rooney told talkSPORT.

‘It’s interesting actually because when I was in the squad when Gareth came in, Gareth reiterated to me that he’s picking players on form, and I weren’t playing so obviously I didn’t get picked.

‘But he seems to have gone away from that now and obviously there’s Harry and a couple of players in the squad who haven’t been playing.

‘I think Harry’s a very good professional, he’ll start the games, I’ve no doubt Harry will start games, I’m sure he won’t let England down.’

Rooney also believes AC Milan defender Fikayo Tomori is unlucky to miss out on a place in England’s squad.

‘I think when you look at the squad, I think it’s probably as strong as it could be, if I’m being honest,’ Rooney said.

‘The only one really is Tomori, from my point of view, I think he’s probably one who was pushing to be in the squad and he’ll be disappointed he’s not, I imagine.

‘With everything else, it’s what I expected from him.’

When asked if Southgate should continue playing with three central defenders for the tournament, Rooney replied: ‘I think that’s a big question, only Gareth can answer that.

‘I think with Harry Maguire not playing as much I think he’ll go for the protection of three centre-backs.

‘And that’s why he’s gone for Eric Dier ahead of Tomori because Eric fits in a back three.

‘I hope he goes with a four and gets an attacker on the pitch, but I think he’ll go for a back three.’