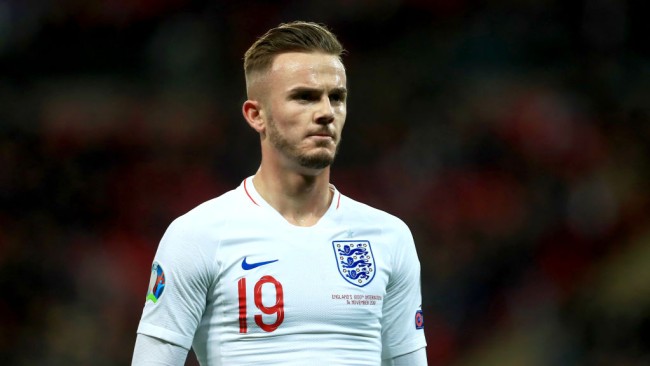 Gareth Southgate says James Maddison will bring ‘something different’ to England’s World Cup squad and has revealed that he decided to pick the Leicester City midfielder two weeks ago.

The 25-year-old has been in excellent form this season despite his side’s struggles, netting six goals and laying on four assists in 12 appearances.

But he had not been part of a Three Lions squad since November 2019 – when he came on as a sub against Montenegro – and has been repeatedly overlooked by Southgate, with that trend having been expected to continue for Qatar.

England already have a plethora of well-established attacking midfielders, such as Jack Grealish, Phil Foden and Mason Mount, while there had been some question marks over Maddison’s off-field behaviour – particularly after he was spotted at a casino after withdrawing from international duty with an illness three years ago.

But Southgate says the Leicester man has earned the right to play in the World Cup after delivering consistently top-level displays and feels Maddison has a unique skillset within the squad.

‘We think he can give us something slightly different to the other attacking players we’ve got.

‘I think at various stages there have been conversations and debates about James, there’s been moments where, ahead of the Euros, I don’t think he was in contention, he had a bit of a problem with his hip.

‘And then I think September was probably a fair debate, but I think he’s playing as well as any of the attacking players in this country.

‘And he’s a little bit different to the others, we’ve got different types of threats and I think we could need that.’

He added: ‘I spoke to James because this morning there was a lot of speculation that James wouldn’t be with us, and we’d decided a couple of weeks ago that we would [pick him] – but obviously we weren’t going to go and tell him then.’

Maddison has been Leicester’s stand-out player for some time and is actually the leading English midfielder for Premier League goal involvements since the start of last season.

He has scored 18 times and laid on 12 assists, with Bukayo Saka the next best on a combined 27 goal involvements, while Jack Grealish has just seven combined goals and assists to his name since August 2021.

Speaking after a Man-of-the-Match performance against Everton at the weekend, Maddison said of his World Cup hopes: ‘I would be lying if I said it was not in my mind because the World Cup is nearly here and that is the pinnacle.

‘I always say the same answer, if I focus on my performance for Leicester hopefully that does catch the eye of the England manger, but that is out of my control.’

Leicester boss Brendan Rodgers was in no doubt that Maddison deserved to go to Qatar, saying: ‘It is not a debate for me. I respect there are so many top players, so many attacking players doing well but if you can’t find a player of that quality that has produced consistently as he has then it is obviously sad.

‘You want to be creating and scoring goals and he is one of the best out there. He has risks at the right moment. An absolutely brilliant player who is ready for a World Cup with his maturity. He can do no more. He is an outstanding talent.’