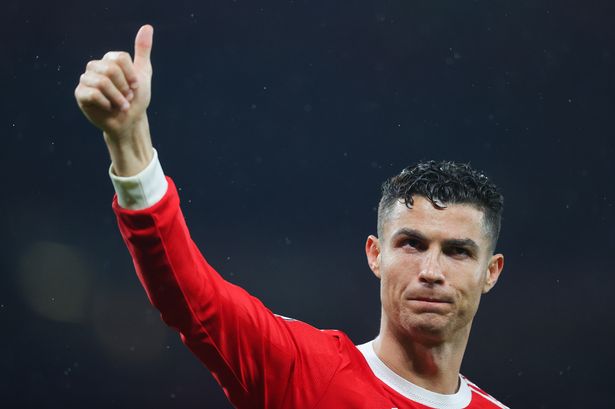 Tony Cascarino has warned Chelsea against signing Cristiano Ronaldo and says the move would not make sense for Manchester United either.

Ronaldo will push to leave Old Trafford in January, having unsuccessfully attempted to leave United last summer after the club missed out on Champions League football.

The situation deteriorated last week when Ronaldo refused to come on during Manchester United’s Premier League victory over Tottenham and left the stadium early.

Ronaldo was axed from United’s squad for Saturday’s trip to Chelsea as a result, with Ten Hag insisting he needs ‘the right culture, standards and values’ in the squad.

Since Ronaldo was banished from the first-team at the Theatre of Dreams, Chelsea have been linked with a sensational January move for the five-time Ballon d’Or winner.

Cascarino believes it would be a mistake for both Chelsea and Manchester United if Ronaldo signed for the Stamford Bridge club in January.

Asked if he expects Chelsea to sign Ronaldo, Cascarino told talkSPORT: ‘Not really.

‘It’s an interesting one because I don’t think United will be prepared to let Ronaldo go. It could cost them Champions League football if they didn’t make the top-four and Ronaldo went to Chelsea.

‘From that point of view it would be a difficult one to understand.

‘Also, Chelsea need legs in the centre forward position, they need someone who’s a real, determined runner, who gets into positions and is quick.

‘I would be amazed if that happened, if Ronaldo ended up at Stamford Bridge. I don’t see Manchester United wanting to do that, it would be cutting your nose to spite your face, it really would.

‘If you let him go there and Chelsea finish above you, it would be a really bad look for United.’