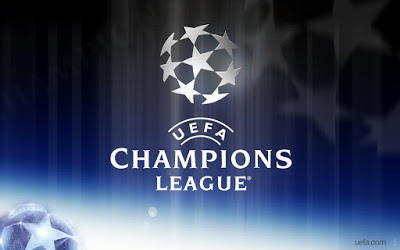 Voila! After waiting for almost forever, the Tuesday and Wednesday night football are back again. It’s finally one of those times to watch our favourite teams showcase themselves in the European Competition.

Who would have ever thunk that Real Madrid of all teams last season would end up claiming the crown after the sluggish performances they had at the beginning of the competition? Well, it’s UCL, anything can happen!

So it’s finally one of those moments again. This time, aside from the already known faces in the competition, we now have even more new faces (not really “new,” but teams that doesn’t come often) –teams like Maccabi Haifa, Viktoriz Pizen, Copenhagen, and Marseille –all trying to see if they could make other teams suffer, ‘cos of course, it’s CHAMPIONS LEAGUE.

However, what are the chances that these teams would go very far in the competition? Quite slim. Some betting apps in Nigeria even rated big teams like Chelsea, Dortmund, Tottenham, Ajax, Juventus, and Inter Milan with very low odds to triumph in the competition.

So, what teams should we look out for in the 2022/23 UEFA Champions League?

Last season, despite how promising PSG was, their UCL campaign ended in Quarter Final after Real Madrid made an unexpected comeback and led 3-0 at Santiago Bernabeu.

PSG, after the unsuccessful UCL run despite the recruitment they made then decided to part ways with their head coach, Pochettino, and recruited Christophe Galtier from OGC Nice.

So far, Galtier has been trying to connect dots in order properly cross the T-s between Leo Messi, Neymar, and Mbappe so as to accomplish the expectations placed on the ‘MNM‘ trio –to do wonders in Europe just like the MSN [Messi – Suarez – Neymar] of back-in-the-days FC Barcelona.

However, since the foundation of the club, the highest height they’ve crossed in the Champions League was the final they had against Bayern Munich in 2020 when Thomas Tuchel drove the ship but later sank when Kingsley Coman scored the only goal of the match.

Well, PSG tried again to see if they could win it by sacking Tuchel and bringing in Pochettino and some players which include Leo Messi from Barcelona, Wijnaldum, Hakimi, Sergio Ramos, Donnarumma, and Nuno Mendes. Sadly, despite the new signings, they couldn’t account for the European competition.

Could this season finally be their season to lift the beautiful trophy? It could be! Here’s why;

LEO MESSI, sometime ago during an interview said; “A lot will change after World Cup.” To this, we can trace back to his contract at PSG where he signed only two year-deal. FC Barcelona on the other hand has been around his neck, calling and begging him to come back home. There’s higher chance that after the 2022 World Cup, Messi might retire from football or end his PSG career, and to this, he definitely might want to give it all it takes to lift another UCL trophy before he retires, and this somehow is his chance to make it happen except, of course, he decided to go back to his first love –Barcelona.

“Mbappe Is Aiming La Liga [Real Madrid] Because of UCL and Ballon d’Or” – This right here definitely should be a trigger to the 23-old Frenchman to prove he can actually do better in Paris, and moving away to another League is just a form of challenge and not as a backup to lift UCL. He scored two goals against Juventus last night, will he score more? Of course!

So, yeah, PSG is one of the teams to look out for in this ongoing UCL competition.

Can Ancelotti make another run just like Zidane did back in 2016? Of course, he can try.

With the depth of the current Real Madrid side, there are chances that Ancelotti might pull another UCL run and win it.

No matter how hard Pep tries to hide his desire to lift another UCL trophy since 2011 with FC Barcelona, it is written all over his face to lift one with City.

With the introduction of Haaland to his team, Europe is certainly not ready for what we’re about to see. Guardiola is an overthinker, you’re definitely right to say he has already overthought how to lift the 2022/23 UCL trophy.

Watch out for City, they’re coming!

Even though Xavi couldn’t do better last season due to the situation he met the club when he joined, he still managed to pull through and qualified for UCL after coming second in La Liga.

This season, he had a shopping spree with Alemany and Laporta on his side, aside from Azpilicueta, he signed almost every player on his wishlist. And now, his men are doing wonders, the post-Messi’s FC Barcelona under Xavi is now somewhat like the Barca we used to have back in Luis Enrique‘s days.

So, yeah, don’t write them off just yet, they might surprise everyone and even win the 2022/23 UEFA Champions League.

Which team do you think would do better in this season’s UCL?