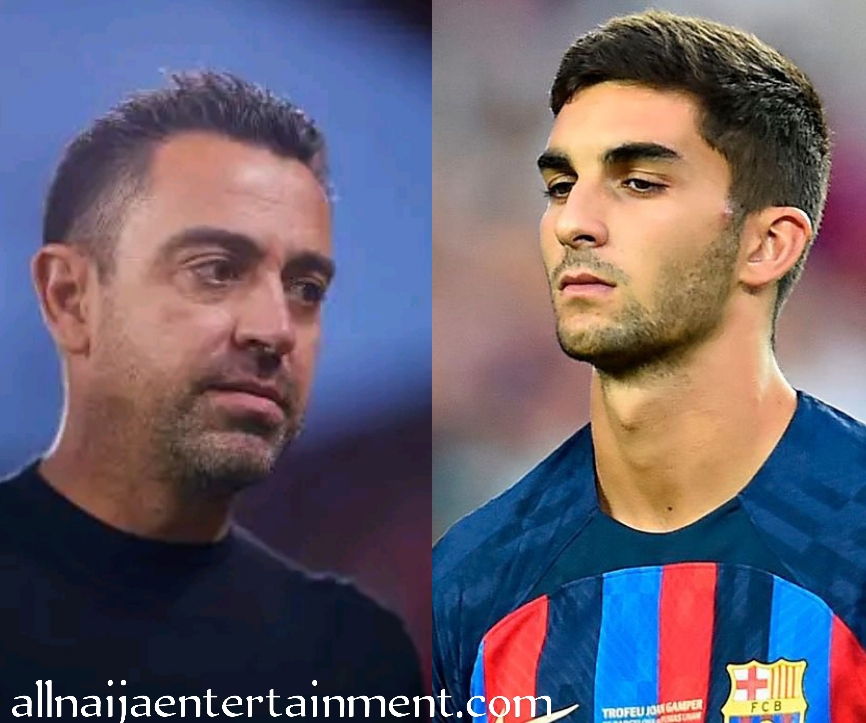 For every time Xavi tries to see the ‘good’ in Ferran, he drives even more worse.
Yes, sell/loan out Ferran Torres, he’s not needed.

Xavi is a genius, despite the whole criticism he received, he has proven that he can do better with the post-Messi FC Barcelona, but so far, there are few things he seems not to be getting right just yet and keeping Feran [Torres] is one of them. Ferran has absolutely no specialty to run through the opponent’s defenders.

Ferran, he would be provided with hundreds of chances to either score or make an assist but would convert none. Ferran is as ‘unnecessary’ as “UEUE” in “Queue”.

Luis Enrique: "Ferran Torres? As long my daughter wakes up happy and tells me she had a good night he will start over Fati. Me and Xavi are very close and see it the same way. He is always aiming for the stars, that's why his shots go in that direction." [IWTKMS] pic.twitter.com/bdLJPE8Jpa

But with the way Xavi keeps making him “what you don’t need but kept around” by giving him playtime [perhaps, not to hurt the relationship between them] might affect the whole team someday.

Well, if maybe the club is grooming him to see if they could make ‘him a better player’ and cash out on him, well, it’s kinda cool, loaning would’ve been a better option.
The lad lack ability to make magic on the field.

Just stopping by to remind you that Manchester City sold Ferran Torres for £50m and upgraded to Julian Alvarez, who cost just £15m. pic.twitter.com/LxPvfI3IMn

Yesterday, against Sevilla when he was subbed on around 64′ minutes of the game, in about 16 touches he had his only shot was off target.

Hey, don’t get me wrong though, Ferran might be a good player, but he’s definitely not what Xavi needs in his project.

We’ve seen things like this happen over and over again in football, Emerson Royal wasn’t doing all great while at FC Barcelona, but he’s certainly trying at Tottenham under Antonio Conte.

So yeah, Xavi should find a way to make peace with every demon he’s got tied with Ferran and let him go before he’ll ruin the beautiful project he’s building.

What do you think? Ferran isn’t getting much playtime or he’s just not what Barcelona need? Let’s chat via the comment section.