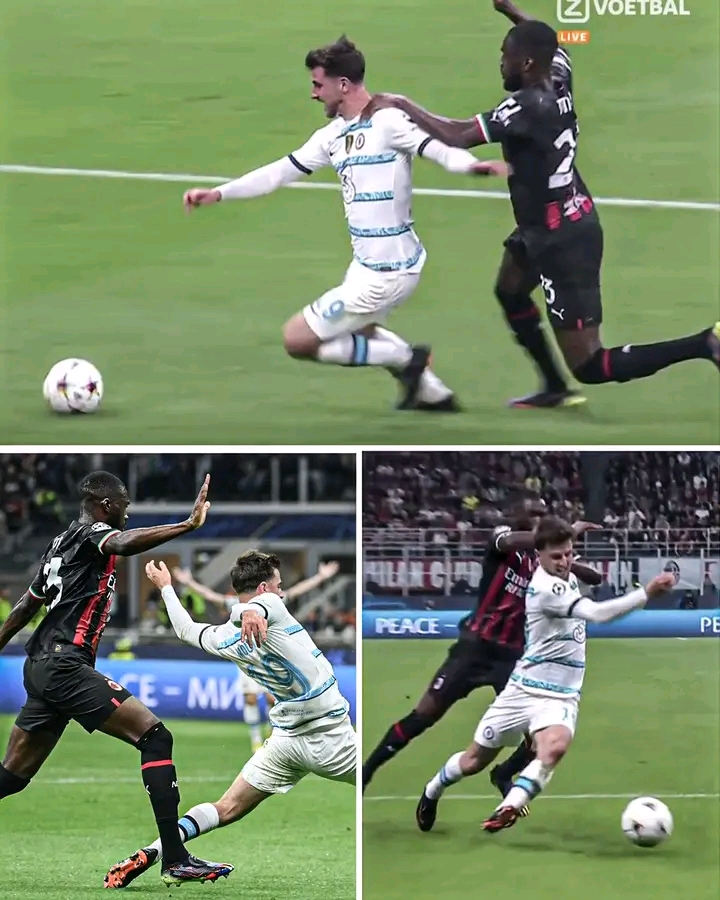 The 18th minute into the UCL clash had former Chelsea (now AC Milan) player, Fikayo Tomori, sent off as a result of a tackle against Mason Mount and a penalty kick was awarded to Chelsea FC.

Jorginho converted the kick from the penalty spot to the back of the net after tricking Ciprian Tătăruşanu to the wrong direction.

However, football lovers all over the world (aside from Chelsea fans) have been trending the penalty decision by the referee–claiming it’s not worth it.

While the dragging is still going on and might trend for hours, let’s quickly get it dissected right away.

So Why Was Tomori Sent Off? Was It Truly Worth It?

The law states: “Where a player commits an offense against an opponent within their own penalty area which denies an opponent an obvious goal-scoring opportunity and the referee awards a penalty kick, the offender is cautioned if the offence was an attempt to play the ball; in all other circumstances (e.g. holding, pulling, pushing, no possibility to play the ball etc.) the offending player must be sent off.”

Finally, I’m not a Chelsea fan (never liked them either), but it is necessary to have us all reminded about the rule.

What do you think? Was the penalty decision truly worth it? Or AC Milan were scammed, right in their home? Let’s discuss via the comment section below.