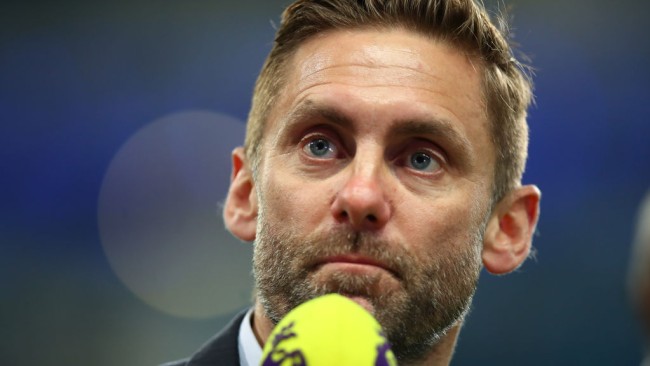 Rob Green says it was ‘baffling’ that Chelsea midfielder Mason Mount was not subbed off during England’s World Cup draw with USA.

Mount was one of a number of England players who struggled to make an impact against USA but the Blues star stayed on the pitch while the likes of Bukayo Saka, Jude Bellingham and Raheem Sterling were replaced.

England thrashed Iran 6-2 in their World Cup opener but were far from their best against a lively American side who hit the bar through Mount’s Chelsea team-mate Christian Pulisic.

‘When England were making the first substitutions I had Mason Mount down to come off. It just didn’t come off for him tonight,’ former England goalkeeper Green told BBC Radio 5 Live.

‘That doesn’t make him a bad player, it happens. It was baffling that he stayed on for the 90 minutes. It was strange.’

‘They also didn’t have any composure on the ball. It looked like they had plans on the ball in the first five or 10 minutes, but they went away from that.

‘USA adjusted and credit to them for that, but realistically it wasn’t good enough individually from England.

‘You are standing there and asking “which of you had a good performance? Which one of you credited?”. It didn’t really happen for any of them.

‘It was a really underwhelming performance. They were underwhelming on the ball and didn’t quite it right off the ball. They stayed in the game and kept a clean sheet. That is the one positive.

‘Harry Maguire was the standout player for England for his defensive interceptions. That sums it up. It wasn’t great.’

England will be disappointed not to build on Monday’s 6-2 win over Iran but remain on the verge of qualifying for the World Cup knockout stages.

Anything less than a three-goal defeat to Wales on Tuesday night will see the Three Lions advance to the last-16.

Speaking after England’s deflating draw to USA, Three Lions captain Harry Kane said: ‘It was a game that we wanted to win and wanted to finish top of the group tonight pretty much but it was a tough game.

‘They are a well organized and athletic team and they caused us some problems as well. We are really happy with the clean sheet and the point puts us in a strong position going into the last game.

"You look at the big picture, not many teams win every single game in the group. The most important thing is to get through."

Mason Mount reflects on a tricky night against the USA 👊

‘We know we can be more clinical, it was probably the opposite from the first game. We’ll go away and look at the positives and negatives.

‘Both teams had good spells in the game. In the first half especially we probably didn’t get our pressure right. We re playing really good, though teams, who are fighting for their World Cup lives and we have to respect that.

‘The most important thing was to not lose today. If win on Tuesday we top the group.’