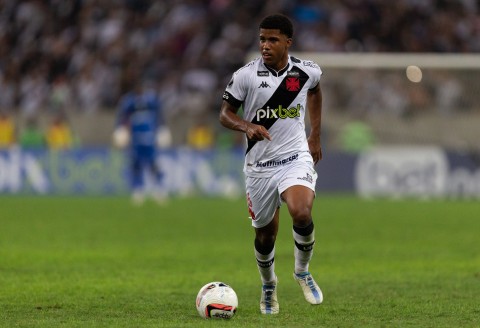 Chelsea are close to agreeing a €15 million (£13m) deal to sign Vasco de Gama midfielder Andrey Santos, according to reports.

The 18-year-old made his first-team breakthrough with the Brazilian club earlier this year and quickly established himself as a regular at the heart of their midfield.

According to Le10 Sport, Paris Saint-Germain have been monitoring Santos’ performances for several months, while Newcastle United and Barcelona have also kept tabs on the midfielder.

However, the report claims Chelsea have moved quickly to wrap up a deal to sign Santos and providing the midfielder does not have a late change of heart, he will make the switch to Stamford Bridge in the January transfer window.

It’s also reported that Chelsea’s proposal ‘was considered more consistent with the player’s expectations’ than the project put forward by PSG.

Meanwhile, Chelsea are also expected to complete a €60m (£51.9m) deal to sign RB Leipzig forward Christopher Nkunku at the end of the season.

The 24-year-old, who has been ruled out of France’s World Cup campaign due to injury, is understood to have agreed personal terms with Chelsea.

Elsewhere, Graham Potter’s players who are not playing at the World Cup returned to training on Tuesday ahead of their warm-weather camp in Abu Dhabi.

Chelsea’s first game back after the World Cup break is at home to Bournemouth on December 27.