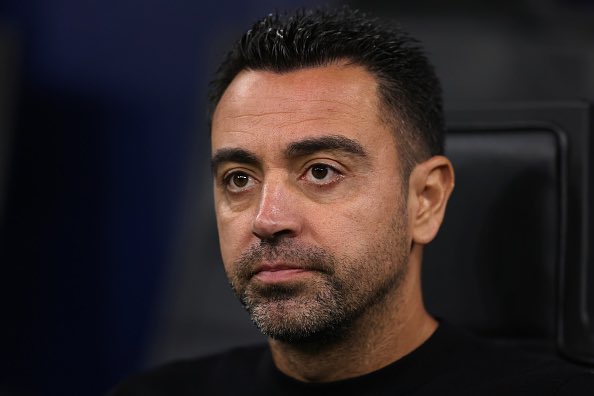 The UEFA Champions League campaign for Xavi Hernandez has not been going so great (probably, as expected). A win against Viktoria, loss against Bayern Munich, and a loss (plus draw) against Inter Milan have had his team struggling to swing into Europa League or still make it through to round of 16 –maybe after winning against Bayern Munich and Viktoria.

However, some FC Barcelona fans has joined the camp of other non-Xavi fans (Chelsea, Man Utd, and Real Madrid most especially) to sing ‘XaviOut’ as a result of the unfair results he’s had in his UCL campaign.

But Crucify Xavi For What?

The hypocrites are slowly but steadily taking over. There are so many fans out there who either are massive hypocrites or suffer from short memory loss.

Last season, when Xavi rejoined FC Barcelona as the head coach, he didn’t have many good players, but he still managed to get ‘fair’ results. In fact, Ronald Koeman was already running the club into relegation after Leo Messi‘s departure.

And now, with few good players (and in what we would call the “rebuilding phase”) –many of whom he has made come to Barca himself (by calling them) – and now some “fans” want all that to disappear by sacking him?

These players, however, had only gotten into Xavi’s camp in less than 3 months. It is very important to always remember that it doesn’t only take good players, rather, it takes also a lot of time to make a good TEAM!

Xavi: “I’m sad and angry. I apologize because it’s everyone’s mistake, we had put it into our heads not to fail, but we did”. 🔵🔴 #FCB

“We tell Barça fans that we will work to turn the table around and win titles”. pic.twitter.com/KSXk8OxScz

I really don’t get how some “fans” can say tonight was Xavi’s fault when Piqué literally tumbled two goals all by himself, and the defence in general was horrible today (same as the last game against Celta Vigo where Pique himself and Ter Stegen rescued). Kounde, Araujo, Depay, all picked up injury during the international break. These has NOTHING to do with Xavi.

I don’t know exactly what it is: Hypocrisy? Short memory loss? Short temper? Aren’t able to see? Either way, I feel for those “fans”. I hope they recover fast.

If perhaps, Xavi starts winning again, especially his El Clasíco campaigns. Then everyone will call him the best coach in the world again, right? Crazy.

Are Barcelona fans gradually losing their morale of supporting through hard times and motivate through to good times?

Uhm, yes, to be honest, Xavi’s men ought to do better. However, Xavi’s not totally at fault.

Xavi should be sacked just for benching him. pic.twitter.com/77p3Viq6XT

I understand it is also important to talk about the biasness of keeping Frenkie De Jong on the bench, but hell, let him breathe.