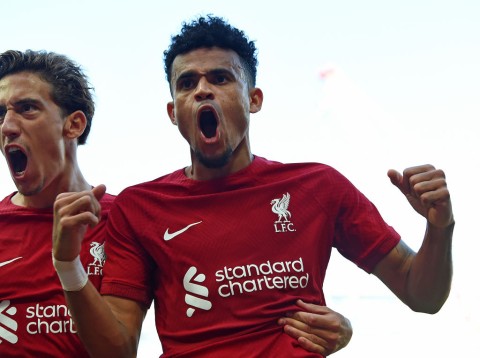 Barcelona president Joan Laporta has revealed that the club wanted to buy Luis Diaz before he signed for Liverpool.

The Reds landed the forward in January 2022 for a reported fee of €45 million, with a further €15m in add-ons.

Laporta says Barcelona were also keen but missed out because of their financial issues.

“At that time, we had just arrived at the club but Liverpool beat us to it,” he said.

“There was a time when we were considering his incorporation but we still had an economic situation that we had to resolve, to reverse and they beat us to it.

“He’s a great player and he belongs to Liverpool and I won’t talk about this anymore but yes, I admit it, in the past, when he went from Porto to Liverpool, we had a conversation with his representative but Liverpool already had it very advanced.”

Barcelona were still active in the January window, signing Ferran Torres from Manchester City for a fee of €55m as well as bringing in Pierre-Emerick Aubameyang, Adama Traore and Dani Alves on free transfers.