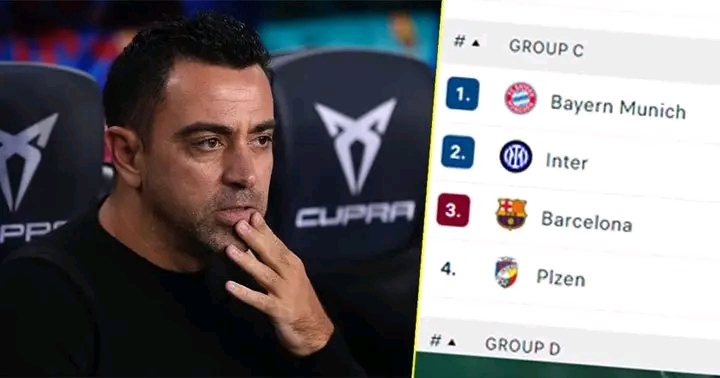 FC Barcelona will face Inter Milan in what is going to be the first season-defining match of 2022/23. Obviously, the ideal scenario is for Barca to beat Inter tonight, preferably by a two or more goal margin.

If things go south, here is what not winning the match would mean for Xavi‘s men:

Barca and Inter are separated by 3 points. If they finish level, the Nerazzurri qualify because they have the better head-to-head record.

The Catalans need Inter to win no more than 2 points in their games against Viktoria Plzen and Bayern Munich while Barca win both of their remaining matches.

Inter are guaranteed to qualify ahead of FC Barcelona.

Blaugrana will then be competing with Bayern Munich for the second spot. Barca will need the Bavarians to lose to Viktoria, Inter, and then to us by a margin of 2+ goals.

But if Bayern beat the Czech team tonight, both they and Inter Milan are automatically qualified for the UCL round of 16.

Can FC Barcelona survive this?