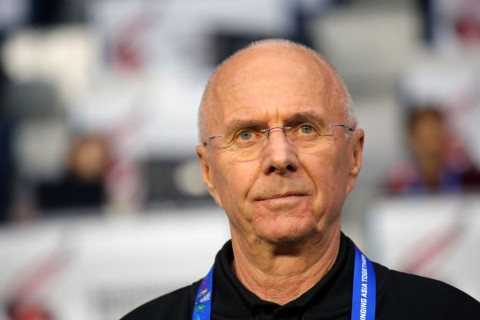 Former England manager Sven-Goran Eriksson has urged Manchester United to swerve a move for World Cup star Cody Gakpo and revealed who Erik ten Hag should try to sign instead.

United are one of a number of clubs tracking PSV and Netherlands forward Gakpo ahead of the January transfer window.

Last season, the 23-year-old scored more than 20 goals for the first time in his career as he burst onto the scene and attracted interest from a number of top clubs.

Gakpo has continued his fine form this term, scoring 13 goals for PSV and netting three goals in three games for Netherlands at the World Cup.

His form in Qatar helped Netherlands top Group A and set up a last-16 clash with Group B runners-up USA.

Eriksson has no doubts that Gakpo could flourish in the Premier League but says Manchester United should focus their efforts elsewhere and try to sign England and Tottenham captain Harry Kane.

Kane has been one of the most prolific goalscorers in Europe over the past decade and would be ‘perfect’ for United, according to Eriksson.

‘The thing is that many clubs will have been watching him thirty or fourty times now.

‘Cristiano Ronaldo has gone now and Manchester United need an out and out number nine and Harry Kane seems the perfect fit.

‘Kane could be impossible to get but they have to get something similar. Right now I don’t think Gakpo is the profile they need.’

Earlier in the week, Gakpo responded to the speculation linking him with Manchester United, telling reporters: ‘I’m focused now on the World Cup.

‘It’s always nice to hear but I just focus here and do my best,’ Gakpo said when asked about the interest from United.

‘I don’t get shy about the rumours. It’s nice things that people write, but I’m not too concerned with that.

‘I’m not surprised. I know what I’m capable of but it’s always a challenge to reach your highest level possible and I think I’m not there yet. I think I can improve in a lot of things.

‘It’s a team sport, it’s not about one person. I prefer it to be about the team. Right now I’m busy with the Dutch team. I’ll see what happens in the winter. In soccer, anything is possible.’