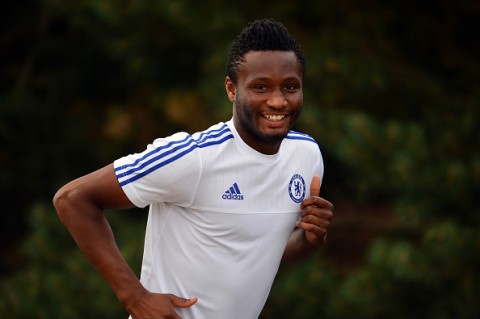 Mikel John Obi has described the choice to move to Chelsea instead of Manchester United as, ‘the best decision I have ever made in my life’.

Last week the Chelsea and Nigeria icon announced his retirement from football having enjoyed a successful and trophy laden career at club and international level.

He is best known for his 11-year spell at Stamford Bridge, where he made 372 appearances for the Blues, winning two Premier League titles, three FA Cups, the Champions League, the Europa League and the League Cup.

But his career could have looked very different had he instead joined United, which very nearly happened.

In 2005, Mikel agreed to move to Old Trafford from Norwegian side Lyn Oslo after the Red Devils approached the midfielder directly, but after the deal went public Chelsea claimed that they had already signed the then-teenager through his agents.

The transfer saga became even messier when Mikel’s agents shockingly flew the player to London to resolve the matter, leading to Lyn and the local media to report that he had been kidnapped.

‘I signed a pre-contract for Manchester United when I was 17,’ Mikel told BBC Sport Africa.

‘If you are a kid and you see Sir Alex Ferguson right in front of you with the contract, of course you will be tempted. I acted as a young kid and as soon as Chelsea heard the news, they came and got me out of Norway.

‘That’s when people started saying that I was kidnapped. It wasn’t a great moment for me then. I just wanted to play football because I was so young.’

Such was Jose Mourinho’s desire to acquire Mikel, Chelsea eventually agreed to pay both Lyn and United compensation to end the dispute, with the Nigerian international admitting that he had always preferred a move to west London over Manchester.

‘I don’t regret any decision I made because I enjoyed everything I achieved at Chelsea – it’s the best decision I have ever made in my life,’ the 35-year-old claimed.

After leaving Chelsea in 2017, Mikel took in spells at Chinese club Tianjin, Middlesbrough, Turkish side Trabzonspor, Stoke and Kuwait SC.

On the international stage, he earned 91 caps for Nigeria, winning the 2013 Africa Cup of Nations, finishing third at three other tournaments, picking up Bronze at the 2016 Olympics and playing at two World Cups.

‘I always wanted to win the Champions League because it is the best football tournament in the world apart from the World Cup,’ he added.

‘I am so happy to have managed to do that. I will rank both of them top as my most cherished trophies.’