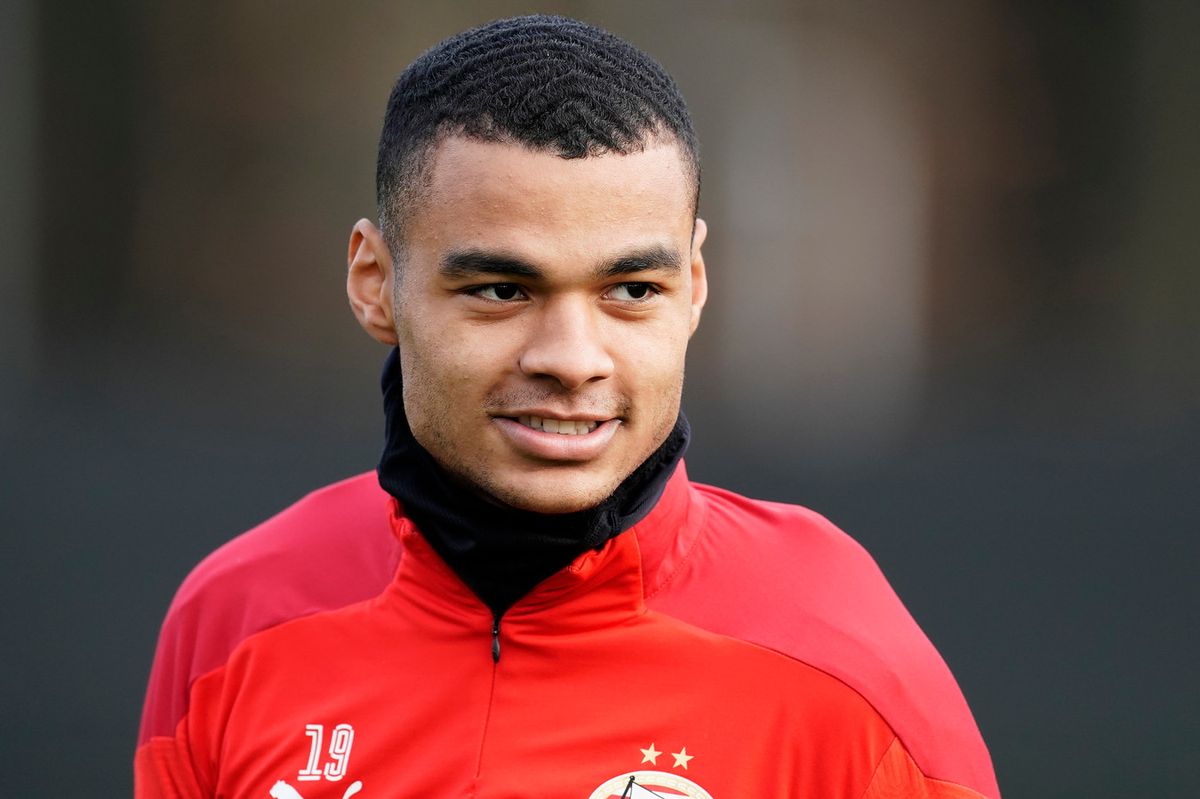 Vrigil van Dijk aimed a brutal dig at Manchester United, hinting they have little chance of signing Cody Gakpo as and when the PSV forward opts to leave the Eredivisie club.

The 23-year-old has emerged as one of the stars of the World Cup, scoring three times in four games and enhancing his burgeoning reputation.

Although he failed to score, Gakpo produced another accomplished display as Louis van Gaal’s emerging side advanced to the World Cup quarter finals following a 3-1 win over USA.

Gakpo came close to joining United in the summer but remained at PSV after Erik ten Hag switched his attention to Ajax’s Antony.

The versatile forward’s value has sky rocketed over the course of the last 10 days and Van Dijk believes United will have little chance of competing for his signature should the European elite enter the running.

‘Are Manchester United and Real Madrid on the same level?’ said Van Dijk when informed of the increasing interest in Gakpo from Europe’s heavyweight clubs. ‘No disrespect, not at all.

‘I definitely think he has that next step in him. I definitely feel like it could happen, whether that is in the winter or the summer or next year, time will tell.

‘He is a great boy who works hard, very talented and definitely there is more in him. We are so pleased he is doing so well for us. Long may it continue.’

Van Dijk’s Liverpool, meanwhile, are facing something of an uncertain future following John W Henry’s decision to put the club for sale.

Reacting to FSG’s impending departure, Van Dijk said: ‘I have full trust in Liverpool that they will be fine,” he added. “We are a very established club, one of the biggest in the world and that will stay that way.

‘Whoever comes in to fill in those roles, they will do very well. I am aware of everything that is happening.

‘Whether I am taking it in and doing something with it right now, I don’t think so because the full focus is on the World Cup but hopefully everything will be sorted and clarified when I am back. At this point, I am definitely not thinking about it.’