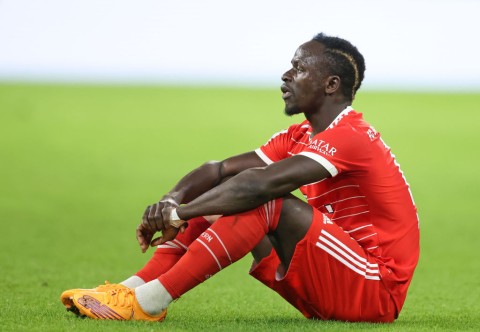 Virgil van Dijk says he is extremely disappointed that he will be unable to play against former Liverpool teammate Sadio Mane at the World Cup.

Van Dijk’s Netherlands and Mane’s Senegal have been drawn in Group A alongside hosts Qatar and Ecuador, and will face off against each other on Monday in their opening game of the tournament.

However, Mane who moved from Liverpool to Bayern Munich over the summer, will not be on the pitch having picked up a tendom injury while playing for his club.

Initially the forward was ruled out for the entire World Cup, only for the Senegal skipper to then be included in their 26-man squad with reports emerging that witch doctors had been employed to speed up his recovery.

While he is set to miss the game against Holland, the 30-year-old may well be fit enough to play some part in the remaining group games.

Dutch captain Van Dijk hopes that is the case but admitted that he is gutted for Mane having previously been in a similar predicament.

‘I was feeling sad for him, first and foremost. I’m not happy in this case as I’ve been in that situation where I missed the Euros,’ the 31-year-old said.

‘We as players work so hard to get to this stage and he has been such an important figure in that group for their country.

‘I know for a fact that he will put a brave face on it, but it’s tough and I feel sorry for him.’

Mane and Van Dijk were key players in Liverpool’s great success over the past four years, winning the Premier League and Champions League together.

Despite long-being considered the best centre-back in the world, Qatar 2022 is actually Van Dijk’s first major international tournament as the Netherlands failed to qualify for Euro 2016 and World 2018, while the player missed Euro 2020 thanks to a lengthy injury.

‘For me it is a boyhood dream. I’m really excited about playing against the best players in world football, leading out my country and representing my country in the best way possible,’ Van Dijk added.

‘I’m 31 now but it doesn’t change the fact that I’m going to enjoy this as much and maybe it is an even better time for me to go there because of everything that I have experienced and also we have a great group so I am very excited about it.’

The Netherlands and Senegal are favourites to qualify from Group A and if they do so could face England or Wales in the round-of-16.