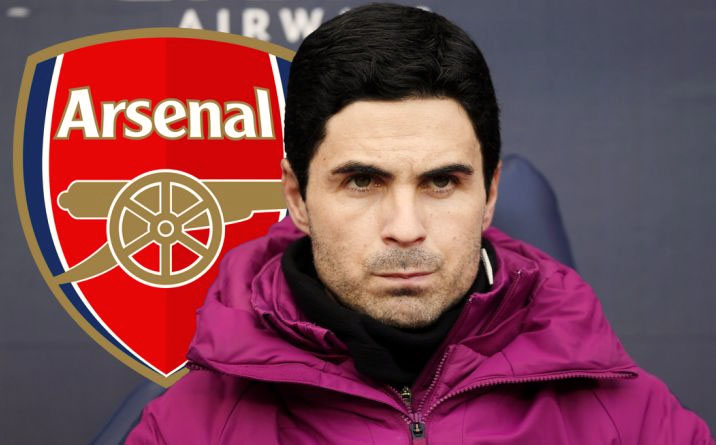 Richard Keys has once again hit out at Mikel Arteta by labelling him ‘irritating’ and claiming that the Arsenal manager will injure someone.

Keys took aim at the Spaniard following Arsenal’s 1-0 victory at Chelsea on Sunday, with the Gunners top of the Premier League after their first 13 games.

Arteta was seen pictured outside of his technical area during the match, which has angered Keys.

‘Someone please have a word with Mikel Arteta,’ he posted on his website. ‘Right now he’s the most irritating coach of the lot.

‘Sit down man – and if you can’t do that – stay in your own technical area. I say this because someone is going to get hurt soon as a result of his antics.

‘There are good reasons coaches are asked to stay in their technical areas – safety is one issue.

‘Look at the picture below [an image showing Arteta outside of his technical area].

Why is this allowed every week @FA_PGMOL ? Arteta has been jumping up & down all game – way outside his technical area. Potter is in his & 4th is watching. Do something about this man. pic.twitter.com/ofUuAKSD3j

‘Graham Potter is clearly in his area. Arteta is not only out of his – but he’s on the touchline almost in front of the Chelsea bench.

‘Why? And why is the fourth [official] just watching – doing nothing?

‘I had a mate text me after I’d pointed this out in a tweet on the day saying, ‘Agree – let’s see if he’s doing this when they’re sixth in March’.

‘Harsh – because I think they’re in with a shout now. But sit down Arteta.’

Keys, who has criticized Arsenal on a few occasions this term, also took to Twitter to aim a dig at the Gunners boss.

‘Why is this allowed every week @FAPGMOL?’ he posted.

‘Arteta has been jumping up [and] down all game – way outside his technical area.

‘Potter is in his [and] 4th [official] is watching. Do something about this man.’

Keys also hit out at Arteta earlier this season and accused Arsenal supporters of ‘over-celebrating’ their 2-1 victory over Fulham in August.