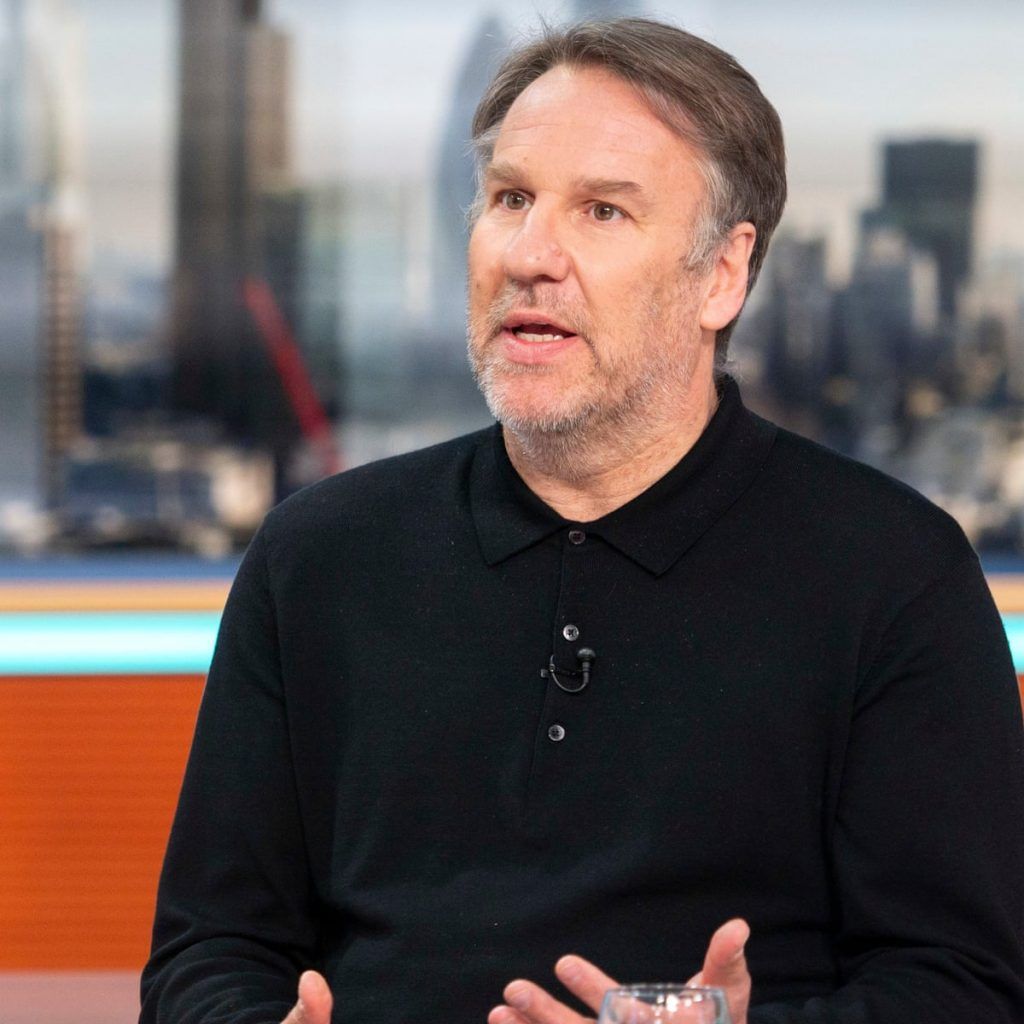 Paul Merson has made his latest top-four prediction, tipping Tottenham to drop out of the Champions League places and warning Arsenal their place is not yet secure despite a brilliant start to the season.

With defending champions Manchester City and early leaders Arsenal threatening to pull clear of their domestic rivals, it appears as though four or five other teams will battle it out for the other two top-four spots.

Tottenham and Newcastle United are currently third and fourth respectively but Manchester United, Brighton and Chelsea are hot on their heels, while there is an expectation that Liverpool will soon kick into gear.

Merson believes Man City and Arsenal will finish first and second but expects Antonio Conte’s Spurs to drop out of the top-four places and is adamant Chelsea will finish above the north London side.

‘I just don’t see how they’ll finish third. Chelsea will finish above Tottenham.’

When pressed on whether Spurs will secure a top-four spot, Merson replied: ‘I’m not sure. I think Liverpool win this weekend and close the gap on Tottenham.

‘And Liverpool ain’t going away. People keep going “Liverpool, that’s it for them”, but no. I just don’t think Tottenham can keep going to the well. You can’t keep on being negative.’

Sky Sports Soccer Saturday host Jeff Stelling then reminded Merson that Spurs will move 13 points clear of Liverpool if they beat Jurgen Klopp’s side on Sunday.

Merson responded: ‘Well Liverpool might not close that [gap], but that’s not to say Manchester United and Chelsea won’t.’

Merson then turned his attentions directly to Premier League title challengers Arsenal and urged his former club to secure a top-four finish before even thinking about winning the league.

‘We’ve seen performances in the last couple of weeks at Southampton and Leeds where I know they went and got four points out of those two games but they could’ve got none.

‘I mean there’s a turning point there. I think the fixtures have been quite kind in the way they’ve been spread out. They haven’t had back-to-back real hard games.

‘When they played Liverpool they were struggling at the time. They played Tottenham at home and you’d rather play them there than away but they’ve done what they had to do.

‘But they beat all the other teams and that’s what Arsenal have got to do. They have to make sure they don’t lose [against Chelsea on Sunday].

‘They shouldn’t lose sight about getting in the top four. Don’t start thinking about the league title right now, just keep chipping away but they were mighty impressive last weekend against Nottingham Forest.’

Meanwhile, Manchester United will look to boost their top-four hopes on Sunday when they travel to Birmingham to face Unai Emery’s Aston Villa.

Old Trafford legend Patrice Evra is confident his former club will return to Manchester with the three points, telling Betfair: ‘This will be a good game.

‘Villa have their new manager and they are playing at home, they will give their everything. For United, it’s back to business. This will be a tough one, but I can see United winning this one 2-0.’