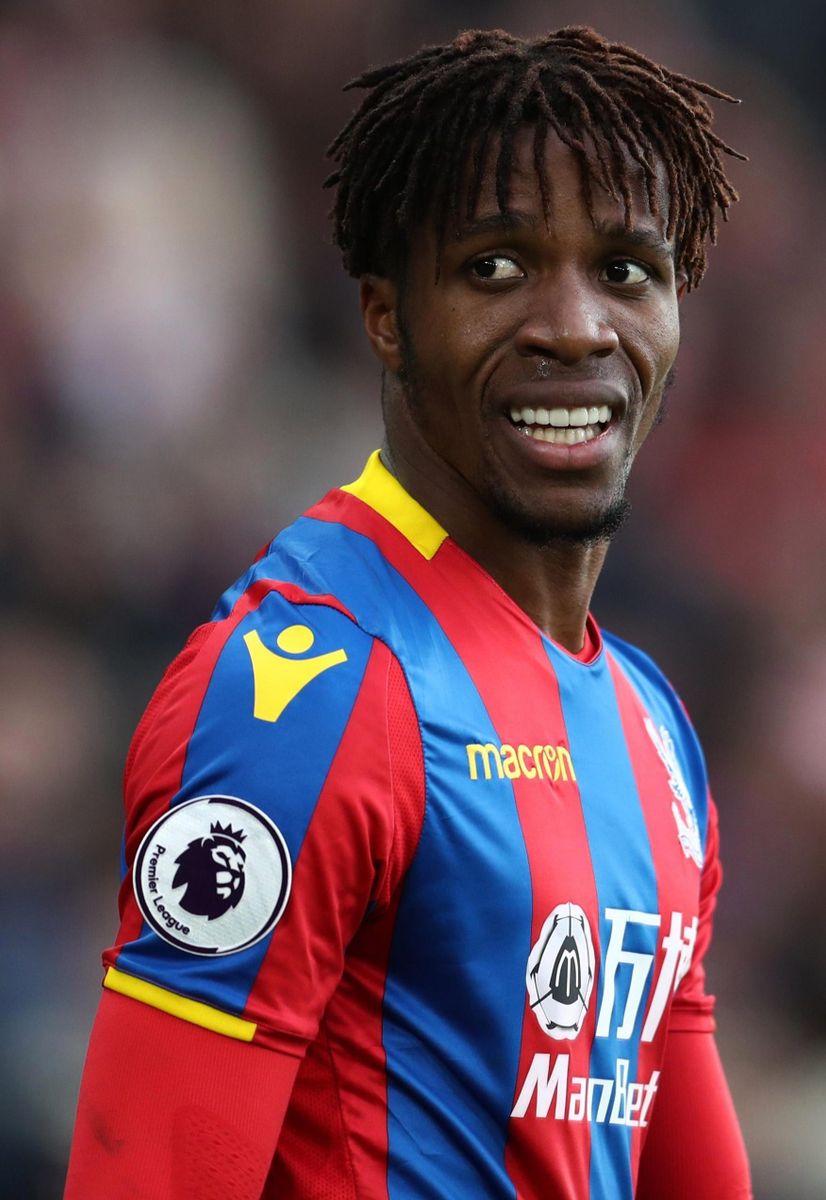 Zaha is arguably in the best form of his career, having scored five goals in nine games so far this season, but this campaign could well be his last at his boyhood club.

The 29-year-old is out of contract next summer and as a result many have tipped him to finally leave Selhurst Park and move to a ‘bigger’ team, with Arsenal a likely destination given his links to the Gunners in the past.

Unai Emery attempted to bring Zaha to the Emirates in 2019, but Arsenal were unwilling to meet Palace’s £80million valuation of their talismanic winger.

But Merson does not believe a move to one of the Premier League’s top teams is a good idea for the Ivory Coast international, writing in his column for the Daily Star: ‘Wilfried Zaha plays every week at Crystal Palace.

‘He can have a bad game and still start the following match and that might not happen at a Big Six club.

‘I think he should seriously consider his options before running down his contract. He’s a legend at Palace and the manager loves him.

‘I see someone like Arsenal coming in for him if they get into the Champions League but do you go there and risk becoming a bit-part player?

‘You’re then going on a free. It’s not like you’re Darwin Nunez, who cost £85m and therefore has to play. Will he want to play for one week and then drop to the bench? I’m just not sure whether the grass is going to be greener for Zaha.

‘He’s playing the best football of his career and there is a reason for that. He needs to sit down and have a big think about his future.’

On Friday, speaking in his pre-match press conference ahead of the trip to Everton, Palace boss Patrick Vieira said: ‘There’s speculation on all good players who are at the end of their contract.

‘I don’t have any doubt about him [Zaha] wanting to stay in our football club, but at the same time we have to show him how ambitious we are. We will see what will happen, but we will do everything to keep him.’

Mikel Arteta has expressed interest in acquiring another winger, with Arsenal linked with the likes of Wolves’ Neto and PSV’s Cody Gakpo.