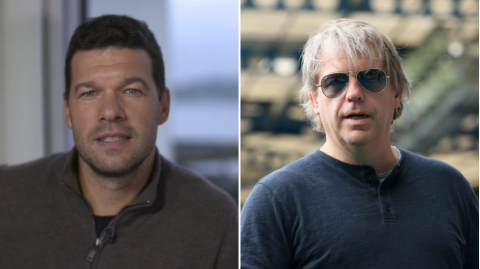 American businessman Todd Boehly marked his 100th day in charge of the club by sacking Tuchel earlier in the season.

Chelsea had made an underwhelming start to the 2022-23 campaign and lost to Dinamo Zagreb in Tuchel’s final match in the dugout.

Despite Chelsea’s mixed form, it was a surprise to see Tuchel go, with the German winning three trophies during his 20-month spell at Stamford Bridge.

‘I was surprised by the sacking,’ Ballack told SportBILD. For me it was incomprehensible when a coach is dismissed so quickly.

‘Especially because Thomas Tuchel had such a great success like winning the Champions League.

‘You can see that a new owner brings a new philosophy with a new understanding of ideas. Everyone has their own people they want to rely on, so they made the hard cut with the trainer.

‘We have to see if it works in the long term. I believe that you have to approach such a successful and big club carefully. Chelsea doesn’t need any upheaval! Todd Boehly is doing it differently now with his elbow mentality.’

While Tuchel’s departure came as a surprise, Chelsea have impressed since Graham Potter replaced the former PSG boss in the hot-seat, winning four matches in a row.

Ballack, who spent four years at Stamford Bridge as a player, also revealed his concern that Havertz is often being played out of position.

Havertz has blown hot and cold since joining Chelsea from Bayer Leverkusen in 2020 and has at times found himself playing as a striker for both his club and for Germany under Hansi Flick.

Germany legend Ballack added: ‘Kai has proven – even before that with Chelsea – that he can fill the striker role well.

‘It’s a pity, though, because I see him in a system that is ideal for him behind the striker. There he can make even better use of his qualities.

‘That means: Havertz will perhaps not shine as much up front as he does behind the top players. You have to know that and that should be communicated by the coach that he will help out in attack.’