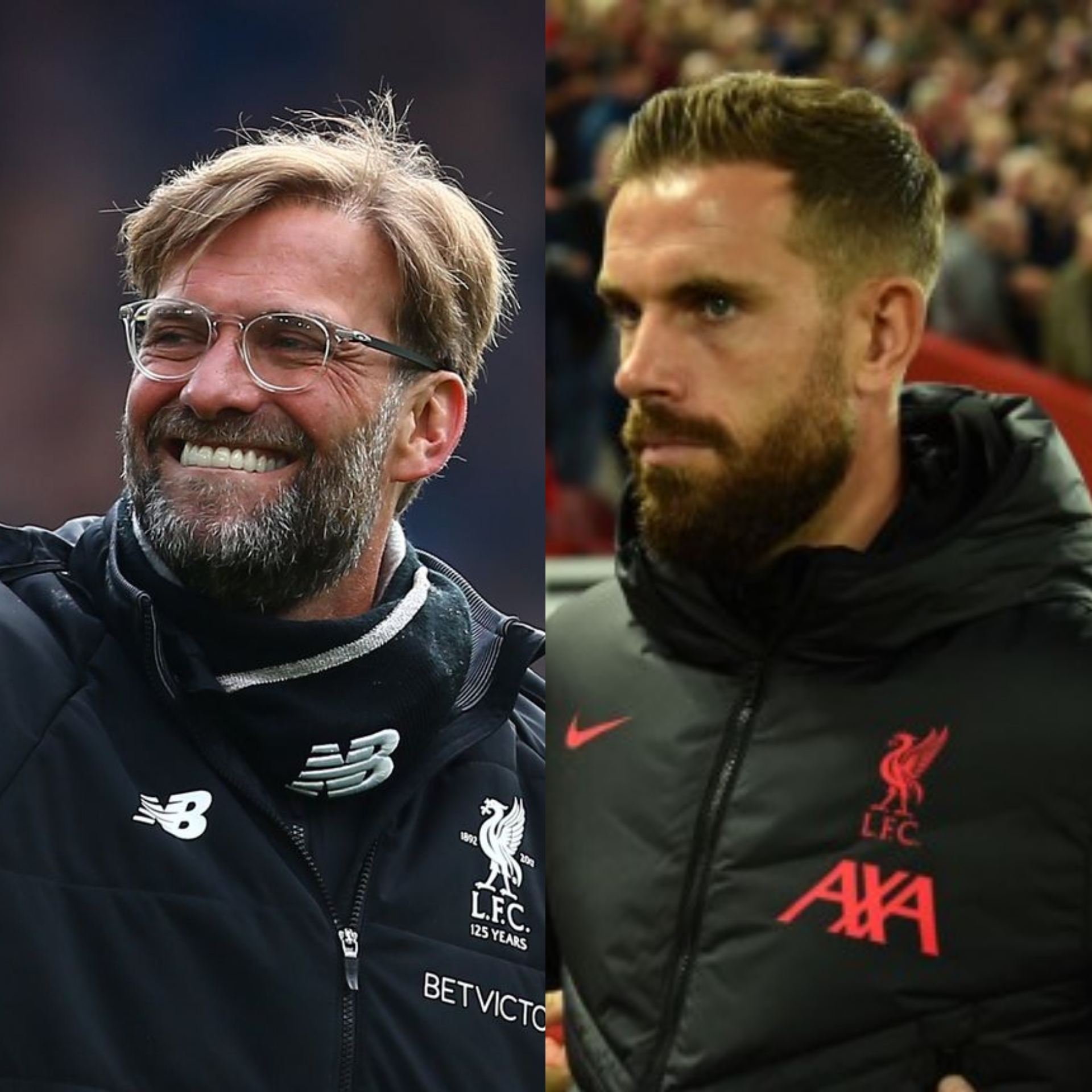 Despite Jordan Henderson’s continued injury problems, Jurgen Klopp has “given his blessing” to him joining the England team.

The Liverpool skipper added to his side’s injury woes last month when he strained his hamstring in the dramatic win over Newcastle at Anfield.

Henderson has missed the last three games in all competitions and it was no surprise, therefore, when he was left out of Gareth Southgate’s 28-man squad for the upcoming Nations League fixtures against Germany and Italy.

Klopp has been critical of the Nations League in the past and aired his concern at the workload his players have been asked to contend with.

The Liverpool manager is, however, according to the Daily Mail, happy for his captain to join up with his national team and build up his fitness ahead of next month’s Premier League resumption.

Henderson his said to have made sufficient progress in recent weeks and joins up with the Three Lions in what will be their final meet-up before November’s World Cup in Qatar.

The return of the experienced 32-year-old will come as a welcome boost for Southgate whose midfield engine room is becoming an increasing source of concern.

Kalvin Phillips, a mainstay of the side which reached the final of last summer’s European Championships, has struggled to make an impact since joining Manchester City and is due to undergo shoulder surgery this week.

The form of West Ham’s Declan Rice is also a cause for concern, while Conor Gallagher has been demoted to the Under-21s having made a difficult start to the new campaign back at Chelsea following last season’s successful loan spell at Crystal Palace.

‘We recognize the country is still in a period of mourning and my thoughts remain with the Royal Family,’ said England boss Southgate.

‘While it is important to explain some of our decisions around selection, we didn’t feel it appropriate to hold a full press conference, when it might divert attention from where people’s minds should be at this time.

‘This is a bigger than normal squad and part of the rationale is that we are very close to a World Cup and we feel, although our results were disappointing in the summer, we have picked on the basis of form and capability over a long period.

here were certain players we wanted to keep involved this time, but that said it doesn’t mean that this is the end for some of the others who aren’t involved.

‘Clearly, we have a number of players including Ben Chilwell, Luke Shaw, Harry Maguire and Kalvin Phillips who are not playing a lot of minutes with their club.

‘It is not ideal, but we feel they have been, and can be, important players for us. It is not a perfect situation but there is still a lot of football to be played before Qatar.

‘With Eric Dier, he has been playing well for a period of time. We think it is a really close call across our centre-backs and he has deserved to be picked back in the group.

‘We know what a good character he is. He fits in with the culture and has great international experience and leadership qualities.

‘With Ivan Toney, we have been tracking him for a long time. I had a good chat with Thomas Frank about him last season.

‘His form and his qualities – not only his goal-scoring but his technical ability, build-up play and aerial prowess – gives us a different threat to some of the other players we could pick.’