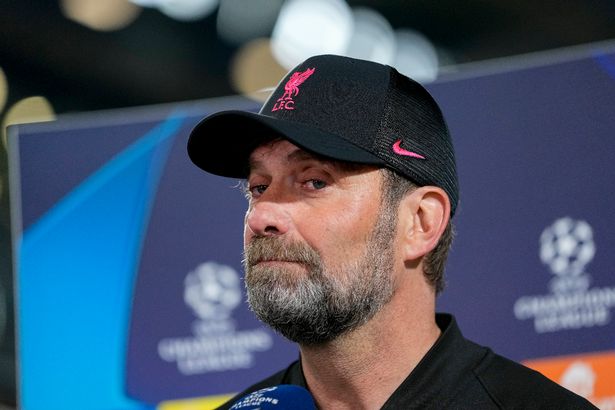 Jurgen Klopp was delighted with Liverpool’s 7-1 Champions League victory over Rangers and hinted that he and his team will enjoy a beer to celebrate.

Liverpool have largely struggled this season and after Scott Arfield put the Scottish side 1-0 up at Ibrox, it looked to be another night to forget for Klopp.

But a double from Roberto Firmino turned it around as Darwin Nunez made it 3-1 before Mohamed Salah registered the fastest hat-trick in Champions League history, with Harvey Elliott also getting on the scoresheet on Wednesday night.

Liverpool face a massive test in their next match, as they return to Premier League action with a trip to champions Manchester City in a blockbuster clash on Sunday.

The Reds are 10th in the table after their opening eight top-flight games, having won only two, in a dramatic shift from last season in which they finished just one point behind Pep Guardiola’s’ side, with the title race going down to the final day.

Speaking after Liverpool’s 7-1 win over Rangers, a third win in four Champions League games in Group A, Klopp said: ‘We usually drink a beer after away games!

‘But it is that long ago that I drank beer and I probably will be drunk after one.’

"Salah is an outstanding player as we know"

"We have to improve our consistency, we know that"

Jürgen Klopp reacts to Liverpool's thrashing of Rangers at Ibrox 💪

Liverpool have been impacted by various injuries this season and Klopp revealed that he had to make a late call over Diogo Jota against Rangers.

Jota was due to start the match, but ended up coming on after 73 minutes and providing three assists – all for Salah.

‘Diogo Jota didn’t start because I got a call this morning that [said] he feels a little bit his muscle,’ Klopp added.

🗣️ “We usually drink a beer after away games, it’s that long ago since I drank. We’ll probably be drunk.”

Jürgen Klopp on a big away win for his side. 🍻😂 pic.twitter.com/wkS2Y5X8Zk

‘He could play but he should not play for too long, so it was my decision to decide do I start him for 30 minutes or do we bring him [on] for 20? So that was obviously the right thing to do.’

‘A very nice moment,’ Klopp said. ‘I thought he was going to run into the crowd, that would have been not too cool, but yes.

‘If you know him a bit closer you would even more understand how much it means to him. But he played an exceptional game and deserved this goal, really.’