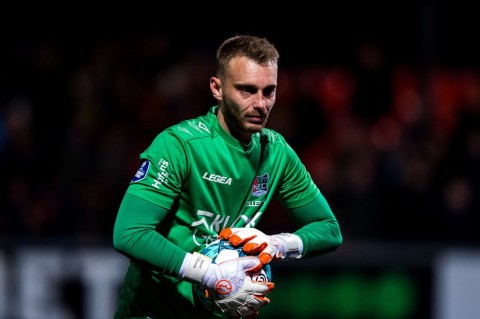 Jasper Cillessen has been axed from Netherlands’ squad for their World Cup campaign, according to reports.

The 33-year-old is one of Netherlands’ most experienced players in the squad having made 63 appearances for the national side.

Cillessen was Netherlands’ first-choice goalkeeper under Louis van Gaal at the World Cup in 2014 and was expected to be part of the squad for their Euro 2020 campaign last year before he was forced to withdraw due to testing positive for coronavirus.

But according to AD and De Telegraaf, Cillessen has not been included by Van Gaal for Netherlands’ World Cup run in Qatar which begins later this month.

Reports claim that Cillessen, who now plays for Dutch club NEC in the Eredivisie, is furious with the decision and ‘exploded with anger’ when he was informed on Friday morning.

Netherlands’ World Cup run begins against Senegal on November 21, while they will also play tournament hosts Qatar and Ecuador in Group A.

Van Gaal is due to announce his final World Cup squad on Friday.