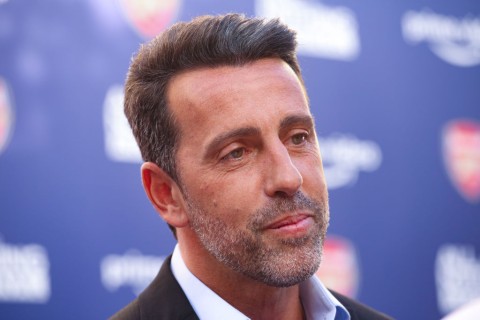 Arsenal legend Gilberto Silva has promised to have a word with Edu about signing one of England’s best players.

Silva, who won the Premier League and two FA Cups during his six-year spell at the Emirates from 2002 to 2008, knows Arsenal sporting director Edu well with both men playing for Brazil and the Gunners during their respective careers.

Silva watched England’s dominant 3-0 victory over Senegal at the World Cup in Qatar on Sunday and was impressed with one player in particular as the Three Lions set up a quarter-final showdown against world champions France.

That player was England’s 19-year-old midfielder Jude Bellingham who put in a fantastic performance once again and registered an assist.

Bellingham is already considered one of the best players in the world and has been liked with a big-money move in the next summer transfer window with many top European clubs thought to be interested in signing him.

Silva is hoping he will choose north London as the 46-year-old tweeted a cryptic message on Sunday, posting: ‘Jude Bellingham reminds me of someone #ENGvsSEN #WorldCup2022 #WhatAPlayer.’

He then responded to an Arsenal fan who asked him to ‘have a word with Edu’ and replied with a thumbs up emoji with an ‘OK’ hand signal emoji.

‘In terms of Jude Bellingham, do I think he’s going to come to the Premier League? Absolutely I do,’ Minto told Ladbrokes.

‘I mean, up until the start of this season, everybody was saying he’s Liverpool’s player, because they were right up there with Manchester City.

‘But I’m still wondering whether or not they’re going to make the top four – and if they’re out of the Champions League, I’m not so sure he’d be as keen to go there.

‘I’m not sure what his contract looks like, but there’s no doubt he’ll be playing in the Premier League… absolutely no doubt; he’s good enough to play a key role for the very best teams in the world.

‘The very best team for me is Manchester City, but actually, the way Arsenal are playing at the moment…

‘If they can finish in the top four, or better still, in second place, or even go on to win the title, then all of a sudden they become as attractive a proposition as City, just like that.

‘I wouldn’t be surprised to see that happening, if Arsenal are in the Champions League next season.

‘When you look at what that team is all about under Mikel Arteta, and there’d be a need for them to strengthen if they’re playing on Europe’s biggest stage, why couldn’t they go and get a Bellingham?’