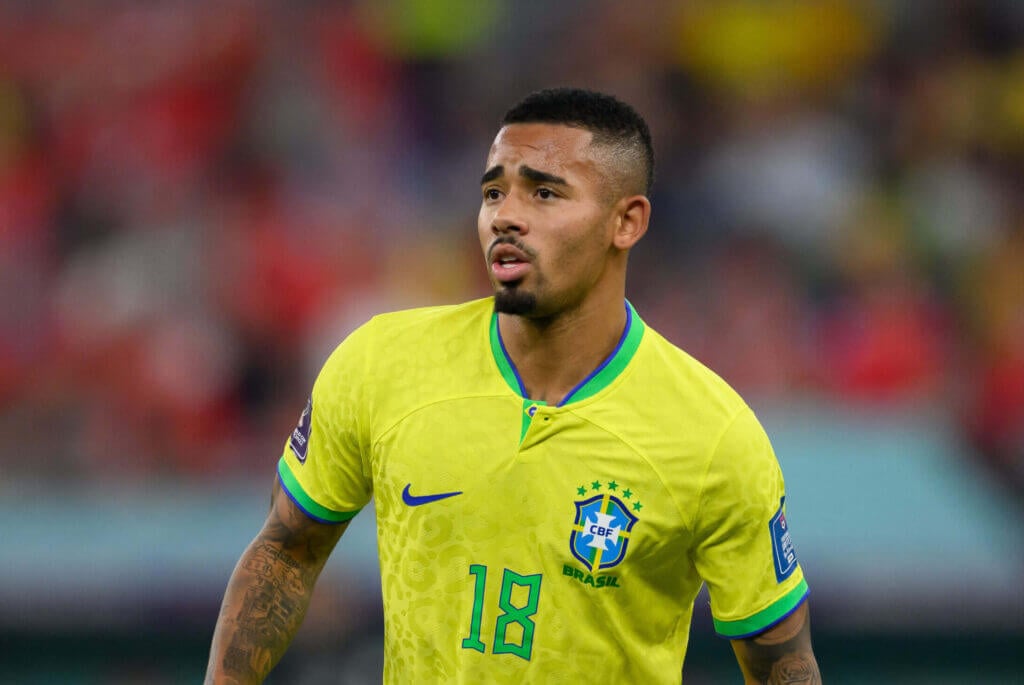 The Arsenal striker suffered an injury to his right knee during the defeat against Cameroon on Friday. Further scans have now shown he will not be able to play for the rest of the tournament.

Jesus, 25, has struggled with problems in that area during games for Arsenal, but managed to make the tournament in Qatar.

A statement from the Brazilian FA read: “As announced by the Brazilian FA after the game against Cameroon, players Alex Telles and Gabriel Jesus underwent tests on Saturday morning. Accompanied by the Brazilian National Team doctor, Rodrigo Lasmar, they underwent an MRI on the right knee that confirmed the injuries and the impossibility of recovery in time to participate in the FIFA World Cup Qatar 2022.

“The coordinator of the Brazilian National Team, Juninho Paulista, is in contact with the sports directors of Arsenal and Sevilla to define whether Alex Telles and Gabriel Jesus remain with the squad in Doha to continue the treatment or return to their clubs.”

It could be a major blow for Arsenal, who top the Premier League, ahead of the return to domestic action later this month.

Alex Telles, who also suffered a knee injury and left the pitch crying on Friday, could require surgery on his problem.

Brazil are now waiting to see how Danilo and Alex Sandro recover from their injuries earlier in the group stage, while Neymar will train outside for the first time since the opening game on Saturday.

There is no confirmation whether Jesus will stay with the Brazil squad for the remainder of the World Cup or if he’ll return to Arsenal to complete his rehabilitation process.