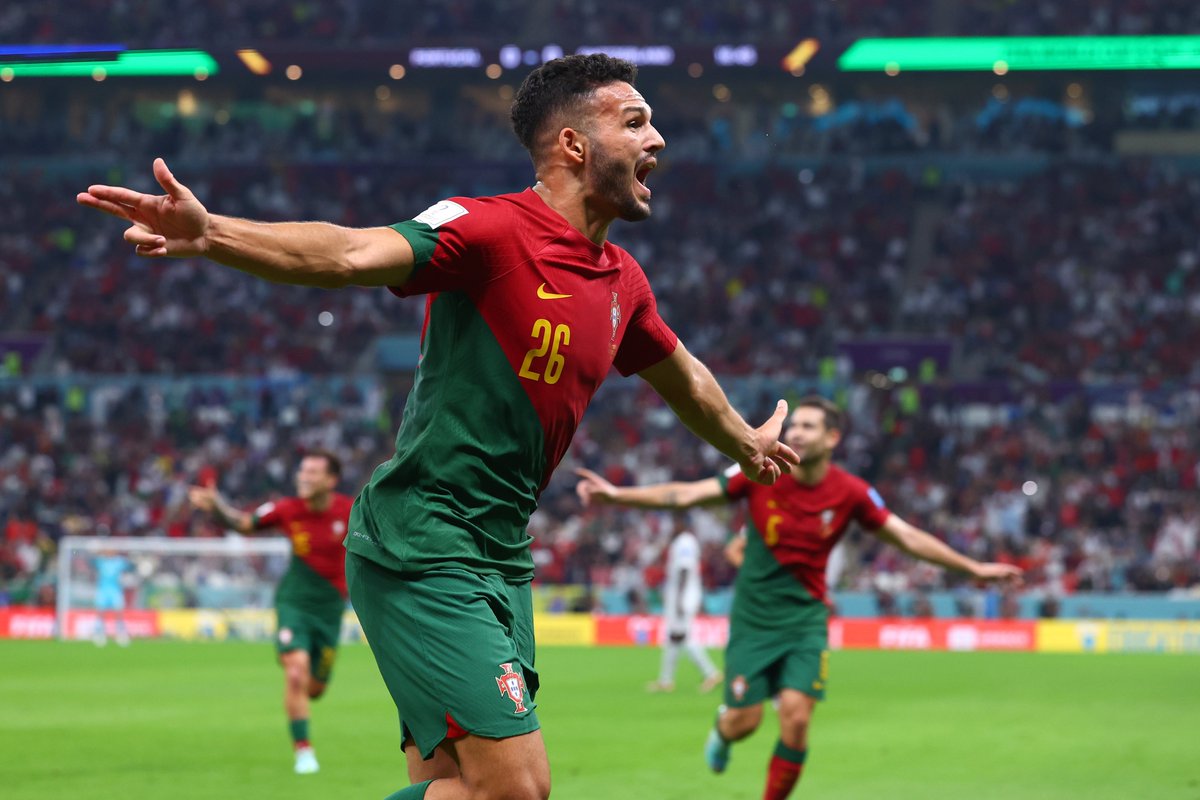 Cristiano Ronaldo’s benching was fully vindicated as his replacement Goncalo Ramos scored a hat-trick to guide Portugal into the World Cup quarter-finals courtesy of a 6-1 demolition of Switzerland.

Fernando Santos had been angered by Ronaldo’s attitude after being substituted in their defeat to South Korea and the veteran coach took the opportunity to bench the out-of-form 37-year-old on Tuesday.

It took Ramos 17 minutes to do what Ronaldo has never done for Portugal: score in a World Cup knockout game, and he would ultimately have a hand in four goals.

A perfect night for Portugal!

The Round of 16 comes to a close. It's time for the Quarter-Finals 👀 #FIFAWorldCup | @adidasfootball

Ramos’ opener was entirely out of keeping with a dull opening.

Joao Felix passed into the left side of the area and, after taking a touch, Ramos sent a bullet of a left-footed strike into the top-left corner from a tight angle.

A fingertip Diogo Costa save from Xherdan Shaqiri’s free-kick just before the half-hour kept Portugal in front and they capitalised three minutes later as Pepe headed home Bruno Fernandes’ corner.

Any hope of a turnaround was swiftly put down by two goals early in the second half.

Akanji knocked in at the back post after a Portugal defender inadvertently flicked on a corner, but the deficit was four again soon after – Ramos’ impudent dink over Yann Sommer completing a memorable treble.

He was later brought off as Ronaldo – who had a late goal disallowed for offside – entered, but Portugal were not done yet, with Leao burying a gorgeous curler in stoppage time.