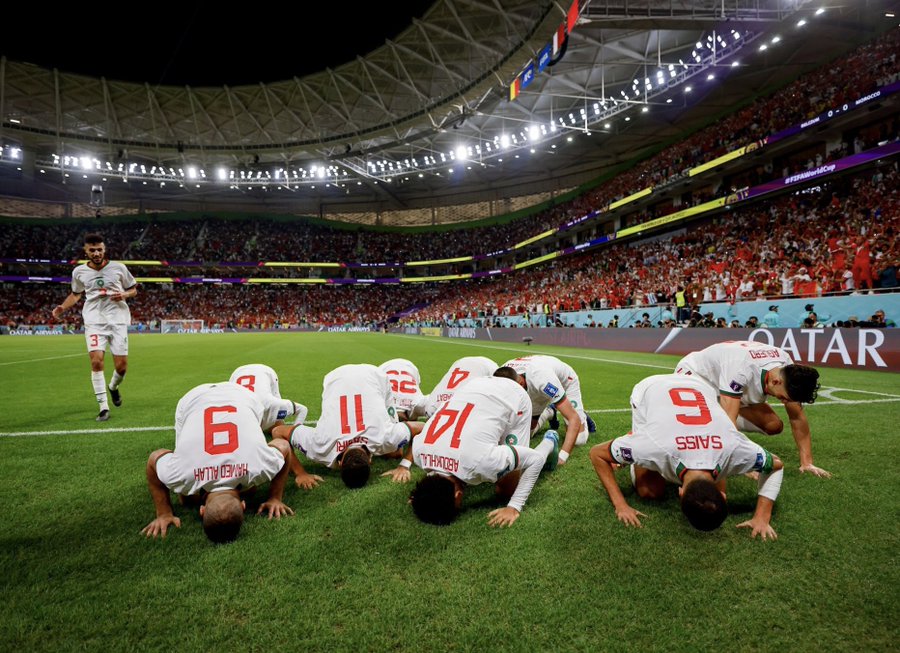 A superb second-half performance from Morocco secured a famous 2-0 World Cup victory against Belgium at Al Thumama Stadium on Sunday.

Victory for Roberto Martinez’s side would have seen the 2018 semi-finalists become the second side to book their spot in the knockout stage, alongside France, but the Red Devils fell short.

The Atlas Lions get a huge win over Belgium.@adidasfootball | #FIFAWorldCup

Having seen a first-half free-kick from Hakim Ziyech disallowed, the same tactic provided dividends in the second period as Abdelhamid Sabiri put Morocco on course for just a third win in their World Cup history.

The win was then secured in the final minutes of the game, Zakaria Aboukhlal smashing home from close range after Ziyech’s fine work.

Belgium saw the majority of possession early on and dictated play, Michy Batshuayi forcing an early save from Munir Mohamedi, who came into the side as a very late change for Yassine Bounou.

Having been on the back foot for the majority, Morocco thought they had scored on the brink of half-time as Ziyech’s free-kick found its way into the net, but Romain Saiss was offside and adjudged to have blocked Thibaut Courtois’ line of sight.

Lightning struck twice for Martinez’s side after the break, as Sabiri whipped in a dangerous free-kick to the near post which found its way past Courtois and, while Saiss was again in the proximity, there was no offside flag to save Belgium this time.

Any hope of a late fightback from Belgium was wiped away in added time, Ziyech winning the ball off a poor touch from Axel Witsel and teeing up for Aboukhlal to smash home.