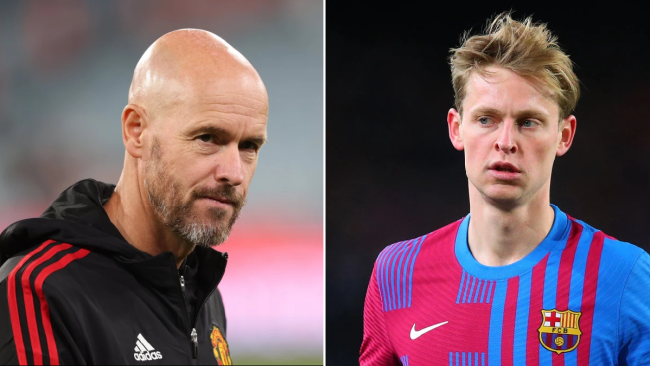 Erik ten Hag has put Jude Bellingham ahead of Frenkie de Jong at the top of Manchester United’s midfield shortlist, according to reports.

United had made De Jong their top target for the summer window at the request of Ten Hag but they were unable to convince the Netherlands international to leave Barcelona.

Instead of De Jong, United managed to complete a £70 million deal to sign Casemiro from Real Madrid in the summer and the Brazil international has impressed since arriving at Old Trafford.

But Ten Hag remains keen on strengthening his midfield options even more at the end of the season.

According to the Daily Mirror, United are among the clubs interested in signing Bellingham and Ten Hag wants the club to prioritize a move for the 19-year-old next summer.

The report also claims that Ten Hag has been promised even more funds to bolster his squad and the decision over Bellingham was made by the United manager and the club’s football director John Murtough.

Earlier this week, Bild reported that Dortmund will demand €150m (£128.9m) for Bellingham next summer, with the German club already resigned to losing their star midfielder at the end of the season.

De Jong, meanwhile, was under pressure to leave Barcelona in the summer in order to boost the Spanish club’s financial situation.

Speaking last month, the Netherlands international revealed that Barcelona’s president Joan Laporta was even among those who were trying to convince him to leave Camp Nou.

‘I was calm,’ De Jong told Ziggo Sport. ‘I decided in May that I wanted to stay.

‘My opinion never changed during that entire period.

‘I stayed calm. But then you know the pressure would start to come… yes, from the newspapers, from the president, exactly. From everywhere actually. But I wanted to stay at Barca so it never baffled me.’