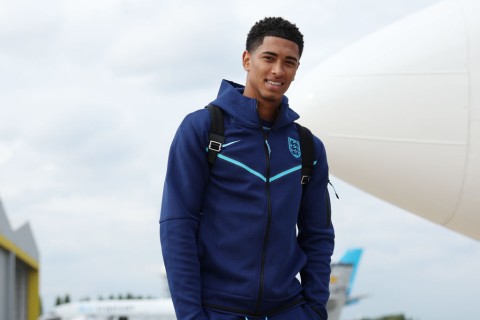 Borussia Dortmund will demand €150 million (£128.9m) from Chelsea, Manchester City and Liverpool for Jude Bellingham next summer, according to reports in Germany.

The 19-year-old is expected to be one of the most in-demand midfielders at the end of the season following his impressive performances for Dortmund this term.

Bellingham is believes to be one of Liverpool’s top targets with Jurgen Klopp keen to strengthen his midfield options after a poor start to the campaign.

But Liverpool face stiff competition as Chelsea and Manchester City are also in the running, while Real Madrid have registered their interest.

According to Bild, Dortmund are aware that it will be difficult to keep Bellingham for another year, but the German club will hold out for a €150m (£128.9m) transfer fee.

The report also claims that Dortmund are aware of interest from Real Madrid, Manchester City, Chelsea and Liverpool.

Speaking about his future last week, Bellingham said: ‘In all honesty I’m not thinking about anything like that [the transfer rumours].

‘You [the media] will be angry with me as you won’t get a headline, but I’m just focused on the next games with Borussia Dortmund.

‘I’m not even thinking about the World Cup. I’m trying to win games with Borussia Dortmund and then we’ll see what happens.’