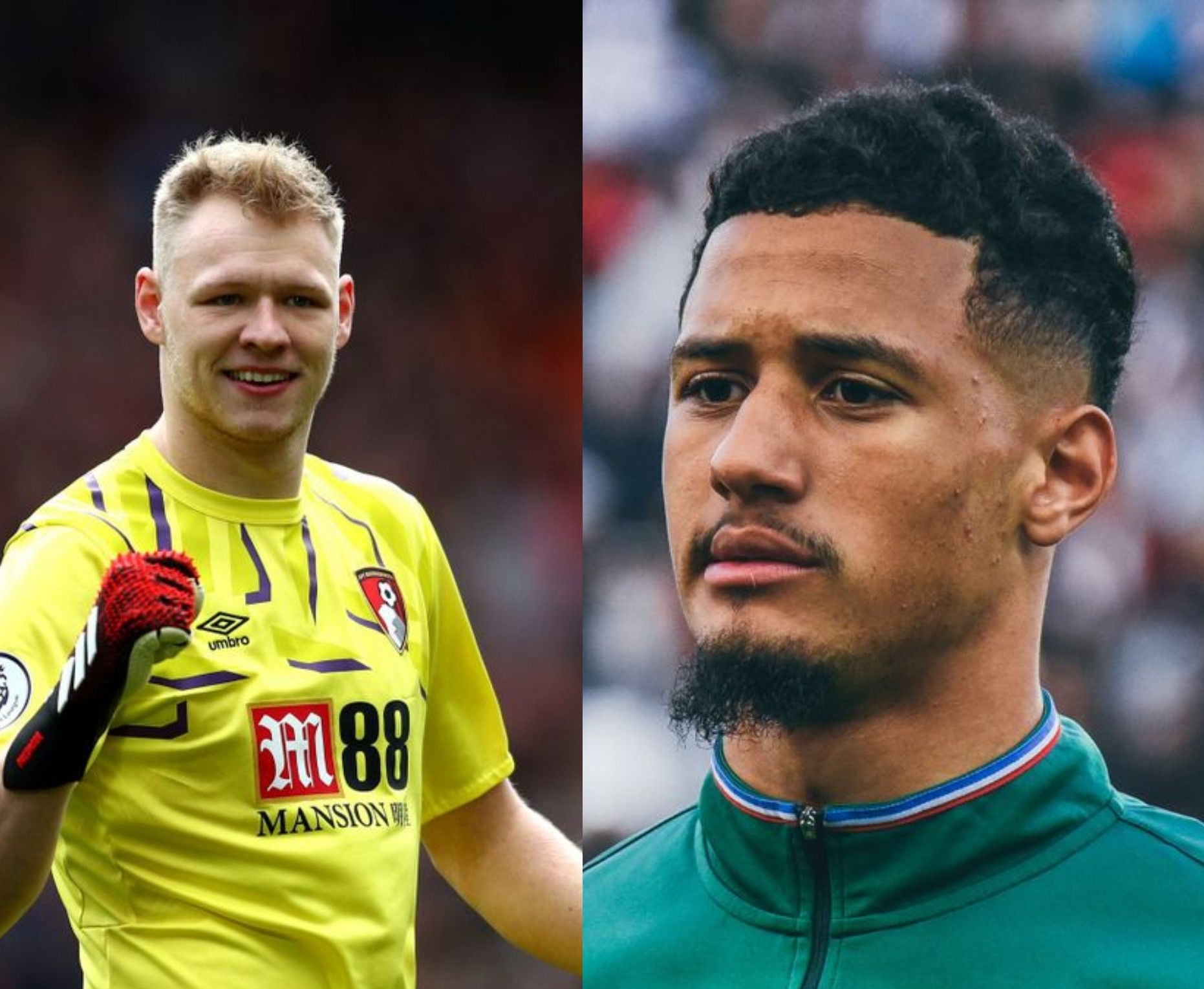 Aaron Ramsdale has praised the impact of young Arsenal defender William Saliba this season, though says his team-mate still requires ‘digging out’ from time to time.

The Gunners cemented their place at the top of the Premier League table with a 3-1 victory over 10-man Tottenham in the north London derby on Saturday, maintaining their one-point advantage over Manchester City.

Saliba was once again a nerveless and composed presence at the back for Arsenal, notably selling a brilliant dummy to Richarlison in the first half.

The 21-year-old has earned rave reviews since returning from his loan at Marseille in the summer and formed a formidable partnership with Gabriel Magalhaes, though Ramsdale says he is still not the finished article and stressed the importance of the whole back-line bailing each other out.

‘He has fit in really well,’ said Ramsdale of Saliba. ‘It is a credit to him that he has been put straight into the team, he is a bit of a Rolls-Royce with the way he moves and he has never seemed phased.

‘He is still a young boy so still makes mistakes so at the minute it is either Ben (White), myself, Gabriel or Thomas Partey digging him out and he is digging other people out as well.

‘That is the main thing at the minute, our mistakes aren’t leading to too many things and that is the sign of a team with good characters in and around that back five.’

Arsenal got some level of revenge over Spurs on Saturday after their north London rivals pipped them to fourth spot in dramatic fashion last season and Ramsdale says that disappointment has fuelled their excellent start to the campaign.

He continued: ‘The experiences at the end last season are adding to our team spirit and mentality.

‘It’s not just the lads who have come in who have brought this winning mentality. We all have this fire burning inside because of what happened at the end of last season.

‘We spoke about it before the game, to play the game and not the occasion and that’s what we did.

‘The day I returned to pre-season, two weeks late through internationals, I came back and the standard of training had increased.

‘From the start of the season we played really well in games and we’re winning, that helps.

‘It is a never-say-die attitude, the way I would word it is an “Eff it mentality”. Who cares we have conceded? We have got 10 minutes, 70 minutes, we will play our way. We never run out of time. That is the big thing for us and the manager, we don’t stop working.’