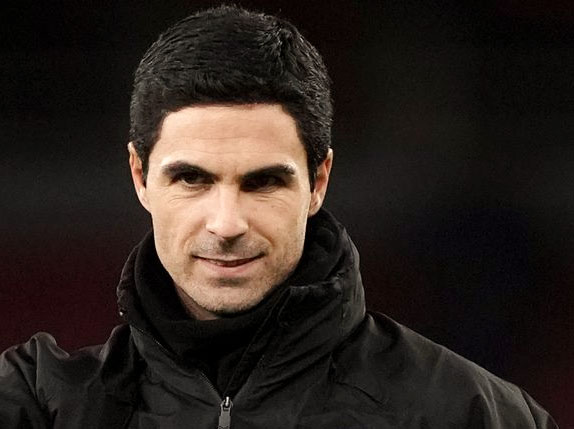 Mikel Arteta believes Arsenal have sent a message to their Premier League title rivals after their resounding victory over Tottenham.

The Gunners have extended their lead at the summit of the league to four points after a 3-1 win over Spurs in the north London derby having now won eight of their seven games this term.

Thomas Partey opened the scoring in the first-half with a stunning effort from range with Gabriel Jesus and Granit Xhaka on target in the second period following Harry Kane’s penalty.

Despite their excellent start to the season there have been questions over whether the Gunners can sustain their early form and replicate their performances against the teams at the top of the division, having suffered defeat against Manchester United at the start of the month.

Arteta insists however Saturday’s derby win has underlined their ambitions.

Asked what message the victory will send to other title contenders, Arteta told a press conference: ‘For me the message is to the players and everybody here at the club that we are able to play at this level against this kind of opponent. That should give them confidence and belief.’

Asked if Arsenal needed a win against a ‘big six’ team to silence their critics, Arteta added: ‘100% [it was] needed because when you play such a big game you want to win.

‘Those opinions are correct because when you look at the start and just put it in that context you can do it, but it’s about how you give and receive information and how that affects you or not.’

Arteta however urged caution over Arsenal’s title prospects. ‘We just started and we’re really happy with where we are.

‘We understand that you can’t control because emotion is related. The table says what it says and we don’t look at that.

‘It is [important] because the next match in the Europa League here is going to be really tough, but we have that now and it’s so powerful and meaningful for us.

‘The next step is to go and do many other things. But we have to first of all have what we have, and with that group of players I think it’s much nicer and easier that something can happen.’

Arsenal move four points clear of Manchester City who are in action against Manchester United on Sunday.