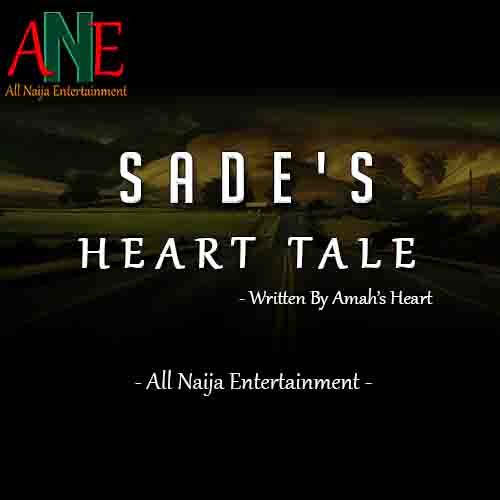 My pain from the CS was unbearable initially, but seeing my baby, my very own makes me forget all the pain I went through or my years of waiting.

Ten years after, am a mother. the waiting maybe long and all the troubles that comes with it but knowing that one thing I seek most is right in my home, in our lives and I can actually be addressed as iya” which literally means mother, that alone means the entire world to me and to Ayomide, the husband God handpicked for me.

Ayomide took wine and drinks to my people to inform them that I have given birth, just as custom demand.

My mother was surprised and said she will like to come and see for herself also my sisters.

They came and met the shock of their lives. They saw that we were living very comfortably and I have everything I will ever want and we also live in our very own house built by Ayomide.

The interior of our home was well furnished and everything was too beautiful for them to behold.

My Mom asked me how we really did it and I informed her that is God’s doing .
She said my God is really a strong God.

Even when I finally became pregnant and I informed her she was surprisedly in doubt and thought I will may suffer serious complications during the pregnancy but here I am with a child.

She said that she was happy for me anyway but since is through CS I gave birth it maybe hard for me to get pregnant again because in the process of giving birth to my daughter the doctors might have closed my womb due to the huge complications I went through.
She said if by miracle I managed to get pregnant again that it will take several years again for It to happen.
And delivering the baby will be more deadly because I’m not getting any younger and is hard for older women to conceive, she said is not only women that have come of age but even If they’re young but offended either their family or have damaged their womb, that is hard for them to give birth.
My Mom said even with the CS is very difficult for the baby to survive so I should be grateful for the one I struggle to born and never think of another pregnancy because it won’t happen.

Atleast I managed to get one, that should be enough for me and Ayomide who she has already written off of not ever having a child again but she was still shocked that after ten years I can still get pregnant.

When I get tired of listening to the whole cooked up scary lies, I told her that the report of God is where we’re banking on.

Not on any doctors report, not on any man’s report or even her own report but only what God says.

She never thought I will be able to have a child, she has already written off Ayomide that no good thing will ever come from him but God ordination stands firm and God alone has replaced our reproach with his heavenly gift.

I will never believe anything outside God ever again.
The doctor said is either I die or the baby dies but one must go for the other to survive but God in his mercies said no, he said we will both be alive to declare his goodness in the land of the living and it has come to pass.

If God feels one child is enough then is all fine but I still want one more and I believe it won’t take several years for It to happen neither will I die when is time for me to give birth to the baby.
Nothing will happen to me or my child and I reject and cancel every evil ordinances that want to settle in our lives and home.
Jesus is the Lord of this house, he is the shepherd of our lives and that alone is all that matters, nothing else.

My Mom kept quiet after seeing how strongly rooted I was.
She only said between you and Ayomide I don’t know who is leading.
She said it may appears like Ayo had won his battles but he should take heed less he falls.

She said the last part jokingly and even began to laugh as she kept looking round the house.

I told her that we’re both taking heed and watching out because we don’t trust anyone even those who appears like angels but they’re pretentious serpents.

She didn’t say another thing as she went on and on looking around the whole house and asking me if I’m sure the beautiful place actually belong to us.

She was served a well cooked native soup. Thank God Ayomide helped out in the food preparation and due to my health I couldn’t do much, I could only give instructions which was followed smoothly.

She ate and alot more was brought to her. She said so this is all the things I have been enjoying.

The plenty assorted big meats in her ewedu and gbegiri soup with hot Amala, a perfect combination that she can’t possibly say no to.

After eating, she took her choice drink to step down.

My Mom seeing all of this, came to me and said.
“You’re truly enjoying, Ayomide is now a big man.
I just smiled without saying anything.

She say right in the sitting where Ayomide was also seated that she will like to live with us for some months so that she can take good care of me and the baby.
She wanted to come for “omugwo”. Coming to take care of a baby she never thought will be possible seems a bit off for me.
She mentioned that it will be hard for me to bath the baby in my condition so she have to move in and live with us for few months.
Ayo told her that is not necessary, he said we will manage and care for our child by ourselves, we don’t need extra hand for that.

Ayomide turned down her offer of moving in.
I’m happy in a way that Ayomide did not paint words.
because her moving into the house she may try to paint Ayomide bad, trying to poison my heart and causing trouble unexpectedly.

I have had enough trouble already and do not want anymore from her.

She wasn’t happy but she had no choice than to accept it that way.
She told me that I will give her some money because she does not have much.

I gave her money as she was going that evening.
She asked me to make Ayomide change his mind so that she can come over and spend sometime.

I told her that his decision is final I can’t go against it.
She said I have equal right with him and shouldn’t allow him dictate everything to me, I should be more in control.

I thanked her for her unsolicited advice before waving her goodbye.

Oluwapelumi is my daughter’s name, it means that God is truly with us. He is with me, with my husband and will always be with my daughter.
We continue to manage untill I was properly healed and took up my roles as a mother and wife fully.
After baby pelumi was five months, I told Ayomide that maybe when our girl is up-to a year we can start trying for another baby, God may decide to bless us, we can’t tell.
Even though my Mom had said it does not work that way. She said it will take another long years for another baby to happen that’s if we’re lucky.
Getting another baby may seem impossible to her but not same with God.
Ayomide agreed to the idea.

Is better we start trying from a year until whenever God decide is time but if he said pelumi is all we can handle then I will continue to be grateful.

When pelumi was six months and a week old, I fell ill and decided to go to the hospital to check what exactly is wrong with me and to my greatest surprise I discovered I was pregnant again.

I was pregnant again when my baby just entered six months.
This supposed to be a blessing right?

I wasn’t expecting this result at all.

I sat staring at the results with mixed feeling.
Joy mixed with fear and lots of fear.
To Be Continued… . . .

Buju BNXN replied, he never spat on a police officer

I Started Singing To Get Girls – Patoranking

TCN: We’ve implemented new technology to enhance the performance of the national grid