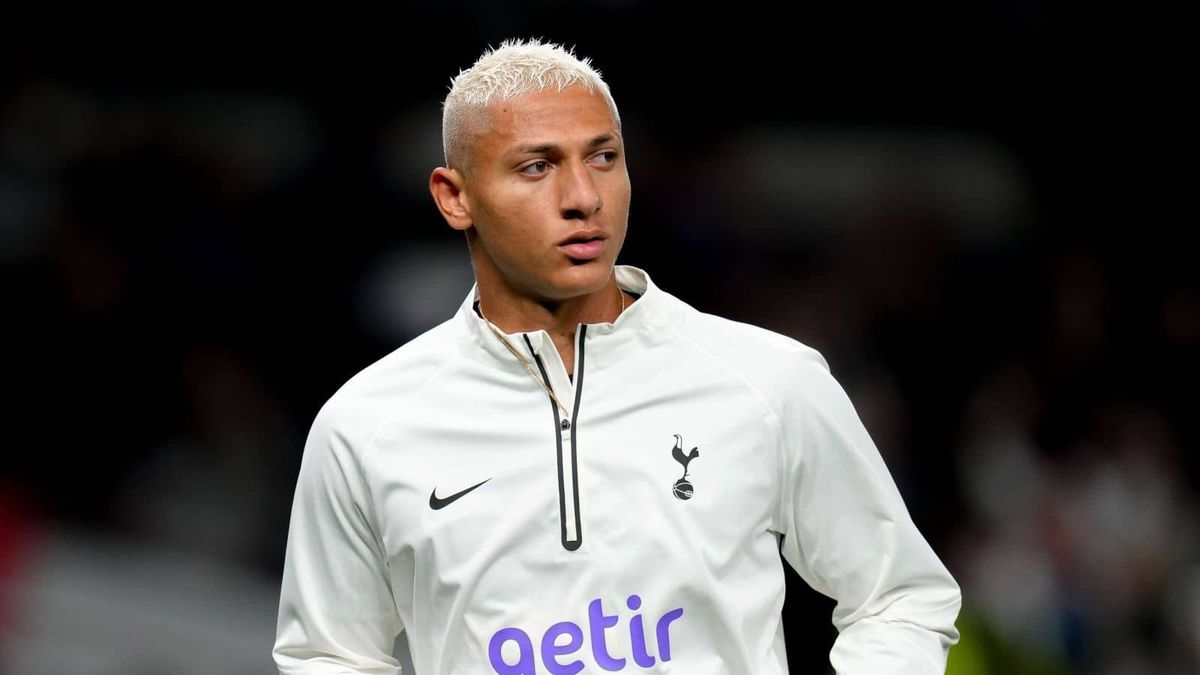 Richarlison was in tears as the Tottenham forward admitted his hopes of making Brazil’s World Cup squad are in serious doubt due to a calf injury.

The 25-year-old was forced off with the injury in the second half of Tottenham’s 2-0 victory over Everton on Saturday evening.

Richarlison is hoping the scans will show only minor damage but he remains in a race to be fit to make Brazil’s final 26-man squad, which will be announced on November 7.

An initial 55-man shortlist will be named by Brazil’s head coach Tite on October 21.

The five-time world champions are in Group G alongside Cameroon, Serbia and Switzerland.

When asked about his injury after Tottenham’s win, a tearful Richarlison told ESPN Brasil: ‘It’s kind of hard to speak because it’s close to a realization, to my dream.

‘I’ve already suffered an injury like this, it’s similar, but I hope it can heal as soon as possible. At Everton I was out for around two months.

‘I know it’s hard to talk at this moment but let’s see, I’ll recover. On Monday I will have more tests but even walking hurts. Let’s wait, I may be in Qatar.

‘It’s all so close, it’s about a month to go, and we’ve been getting ready, working every day so that nothing serious can happen.

‘Unfortunately, today I had this calf injury but now it’s just a matter of waiting, doing the treatment every day so that I can recover as soon as possible.’