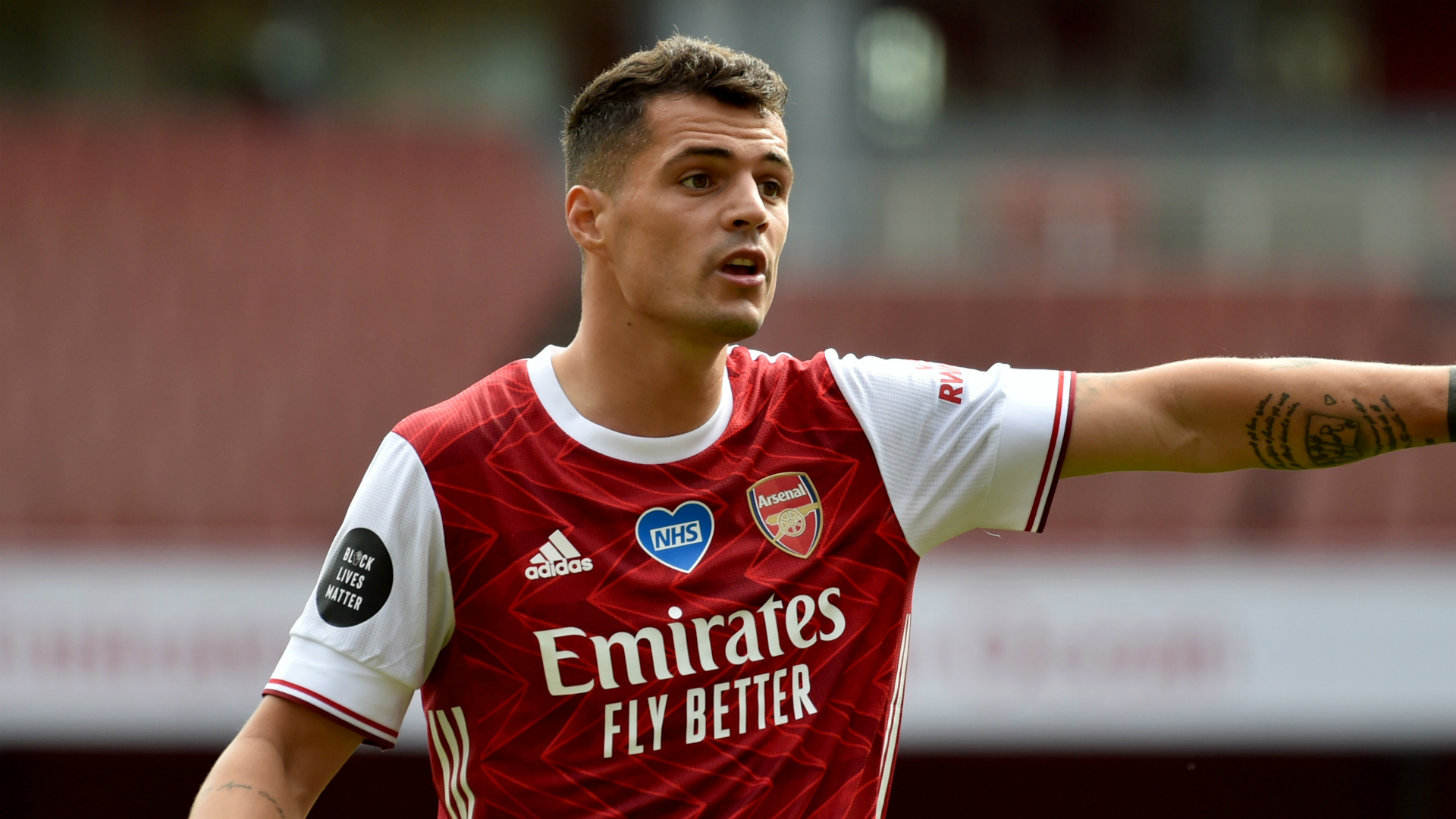 Granit Xhaka issued an apology to his Arsenal teammates at half time during their 3-1 victory over Tottenham on Saturday, according to reports.

Mikel Arteta’s side continue to set the pace at the top of the Premier League as goals from Thomas Partey, Gabriel Jesus and Xhaka secured victory over their north London rivals at the Emirates Stadium.

Xhaka delivered another impressive performance at the heart of Arsenal’s midfield and the Switzerland international has established himself as a key figure under Arteta.

According to MailOnline, Xhaka is considered as one of Arsenal’s lieutenants, even though he was stripped of the captaincy in 2019 and came close to leaving the club to join Roma last year.

The report claims that Xhaka displayed his influential leadership in the Arsenal dressing room at half time in the win over Spurs as he apologized for his role in the build-up to the penalty which Harry Kane scored to make it 1-1.

Xhaka initially failed to clear the ball but it was Gabriel Magalhaes’ poor challenge on Richarlison which handed Antonio Conte’s side the chance to equalize.

But despite a clear error from the Brazilian defender, it was Xhaka who chose to take the blame in front of his Arsenal teammates.

Speaking after Arsenal’s victory, Arteta said he hoped that beating Spurs will improve his players’ mentality in future big games.

‘For me the message is for the players, and everybody here that is connected to the club, that we are able to play at this level, against this kind of opponent,’ said Arteta.

‘That should give them confidence and belief.

‘It’s great always looking at it and seeing the club where it is, in this position. It’s great, it gives you a great feeling obviously.

‘But we are focused. It is a really hungry and humble team, believe me. We know where we are. There is nothing that we have done yet, and there are still a lot of things to improve, and that’s the direction that we are taking.’