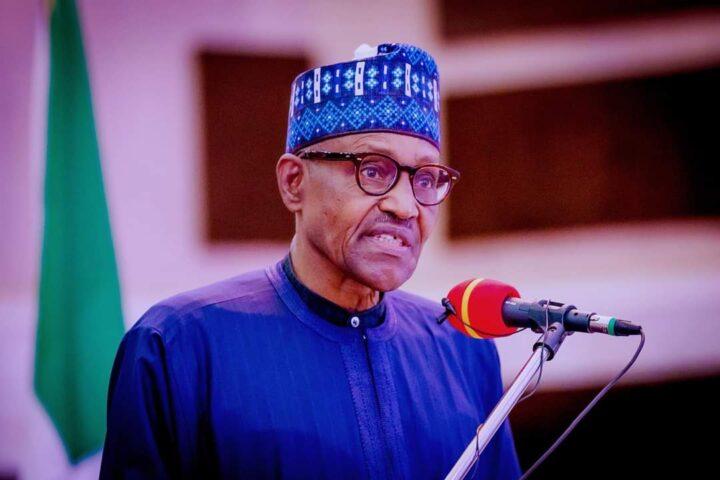 Governors of the 36 states in Nigeria have pushed back against federal government’s allegation that they were not doing enough to alleviate poverty in the land.

Governors put up a defence: The governors, under the aegis of the Nigeria Governors’ Forum (NGF), accused the federal government of shirking its responsibility to curb cases of insecurity which has crippled economic activities in the country.

They also alleged that the increasing hardship in the country was directly attributable to the biting effect of insecurity militating against commercial and agricultural activities.

This comes as a response to the claim by the Minister of State for Budget and National Planning, Clement Agba, that governors were responsible for the rising poverty index in the country.

FG balmes Governors for poverty: While briefing State house correspondents after the last Federal Executive Council (FEC) meeting, the Minister had alleged that governors’ preference to pursue capital intensive projects such as flyovers and airports has further made life unbearable for rural dwellers who can barely feel government impact in their communities.

This follows the poverty index report that revealed that 72 per cent of Nigeria’s 133 million multidimensionally poor people live in the rural communities.

Governors disagree: In a statement by its Director of Media and Public Affairs, AbdulRazaque Bello-Barkindo, the NGF said the federal government’s inaction had allowed “bandits, insurgents, and kidnappers to turn the country into a killing field”.

The statement party read: “It is important to put on record the progress made by state governors in the administration of their states, which have witnessed tremendous progress in recent times. Governors have undertaken projects where they, in conjunction with their people, deem them fit for purpose.

“This dereliction of duty from the center is the main reason why people have been unable to engage in regular agrarian activity and commerce. Today, rural areas are insecure, markets are unsafe, travel surety is improbable and life for the common people generally is harsh and brutish.

“The opinion, therefore, of one minister, based on a survey of 56,000 households in a country of 200 million people can never diminish the good work that 36 pro-poor-minded governors are doing for this country.

“Mr Agba explained that their government, through many of its social security programs, has been dedicating resources to alleviating hardship, and then goes further to accuse state governors of misdirecting resources to projects that have no impact on the people. While rightly pointing out that 72 per cent of the poverty in Nigeria is found in the rural areas, the minister said that the rural populace had been abandoned by governors.”

“Mr Agba’s veiled and deliberate effort, as a minister, to protect his paymasters and politicise very critical issues of national importance.

“The primary duty of any government is to ensure the security of lives and property, without which no sensible human activity takes place. But the Federal Government, which is responsible for the security of lives and property, has been unable to fulfil this covenant with the people, thus allowing bandits, insurgents, and kidnappers to turn the country into a killing field, maiming and abducting people, in schools market squares and even on their farmlands.

“How can a defenceless rural population maintain a sustainable lifestyle of peace and harmony when their lives are cut prematurely, and they wallow permanently in danger? How does a minister whose government has been unable to ensure security, law, and order have the temerity to blame governors?

“Under the current administration that Mr Agba is minister, the national cash cow, the NNPC, has failed to remit statutory allocations to states in several months. The situation had compelled governors to rely on other sources of revenue like the SFTAS program and other interventions anchored by the NGF, to fund state activities while monies budgeted for such federal ministries like agriculture, rural development, and humanitarian affairs, are not being deployed in the direction of the people.”