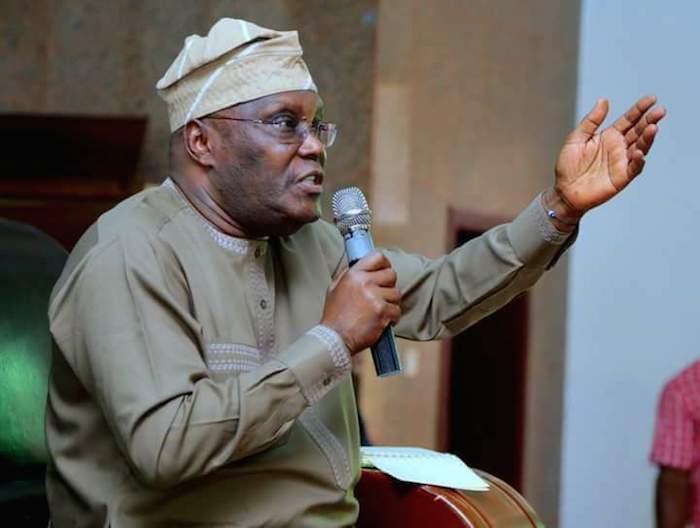 The Federal Government of Nigeria has hit back at the presidential candidate of the Peoples Democratic Party, PDP, Atiku Abubakar over his recent comment on the performance of the Buhari Administration.

What Atiku said: Atiku, had, during his campaign in Akure, said the Buhari government has not done anything for Nigerians in its eight years in office.

FG defends themselves: But speaking at the seventh edition of PMB Administration Scorecard in Abuja on Monday, December 05, 2022, Lai Mohammed, the Minister of Information and Culture, said Atiku may not know what is going on in Nigeria since he now resides in Dubai, United Arab Emirates.

Atiku’s agenda: Mohammed said Atiku was in forefront of some presidential candidates whose tendencies are to downplay the achievements of the Buhari Administration in their desperation for power, ahead of the 2023 elections.

What Lai Mohammed said: “The worst offender in this regard has been the presidential candidate of the PDP, former Vice President Atiku Abubakar,” he said.

“During his recent campaign in Akure, the former VP was quoted as saying the APC had not done anything for Nigeria in eight years. What a preposterous statement from somebody who should know.

“I guess we can excuse His Excellency the former Vice President who, until recently, had fully relocated to Dubai, thus losing touch with Nigeria,” the minister said,

Meanwhile: Atiku has given reasons why he may not rely on the Nigerian healthcare system if elected president.

The former Vice President was asked if he would use Nigeria’s medical establishments as president to de-emphasise the use of foreign hospitals.

Why Atiku will keep going abroad for healthcare: Atiku explained that health facilities that cater for his health may not be available in Nigeria.