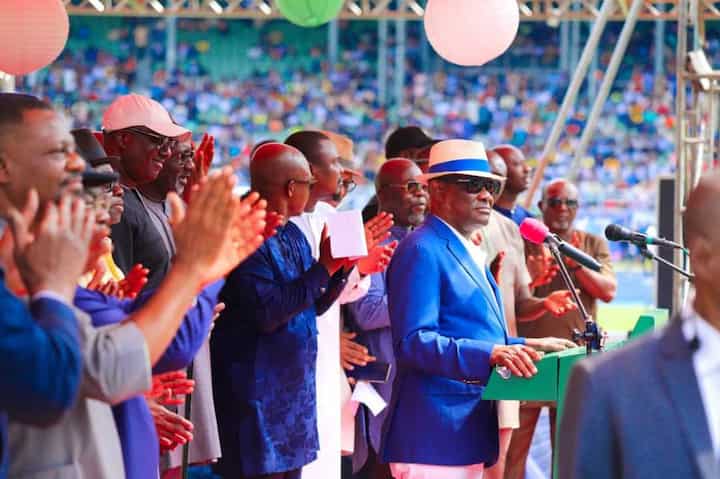 Governor Nyesom Wike of Rivers has replied to his critics, saying he does not owe anyone an apology for commending President Muhammadu Buhari for approving the payment of funds owed to states in the Niger Delta since 1999.

The governor disclosed this during the 2022 Rivers state honours and awards ceremony, in Port Harcourt, on Saturday, December 3, Vanguard reports

He stated: “I have no apology to anybody. Today, Wike did this and that project. Look if Buhari did not release the money — from 1999, which my party did not even release — I won’t have done what I did.”

The PDP chieftain added that though he is not a fan of Buhari, the president did well in approving the funds. He said the Nigerian leader has, however, not done well in other areas.

“I don’t care. I got the money. I’m not a fan of Buhari. He has not done well in so many areas but with this payment of money, he did well.