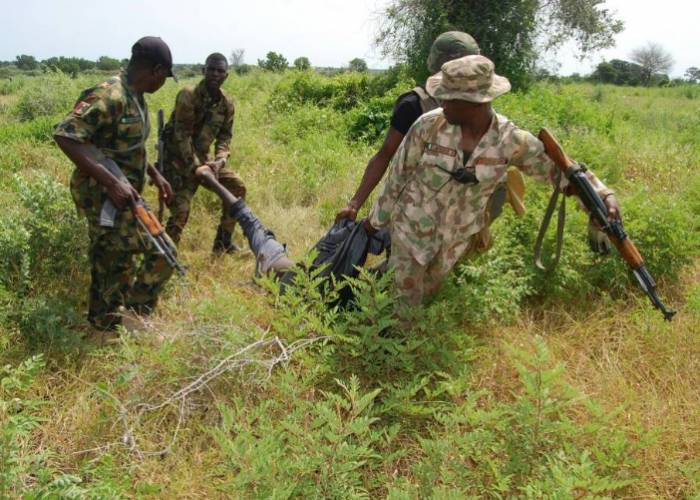 The Assistant Director, Army Public Relations, 2 Brigade Nigerian Army, Capt. Samuel Akari, said this in a statement made available to the News Agency of Nigeria (NAN).

“The raid and rescue operation was carried out based on credible information on the hide out of the kidnapping syndicate at Abia Palm.

“During the operation, the leader of the kidnapping syndicate simply identified as Jeam Nas escaped with an AK 47 rifle.

“While two other members of the syndicate, Imo Nkwo, aged 23 and Thankgod Ezekiel, aged 24, who attempted to escape were immobilized and arrested and their camp set ablaze,” Akari said.

According to him, the bus conveying the victims was hijacked by the kidnappers on its way to Ikot Ekpene from Port Harcourt on Sept. 23.

He added the rescued victims, exhibits and arrested kidnappers had been handed over to the Police for further action.

Akari assured that effort was on to apprehend the fleeing gang leader.

He urged members of the public to support security agencies in the state with timely information on the activities of kidnappers and other criminals for prompt action.