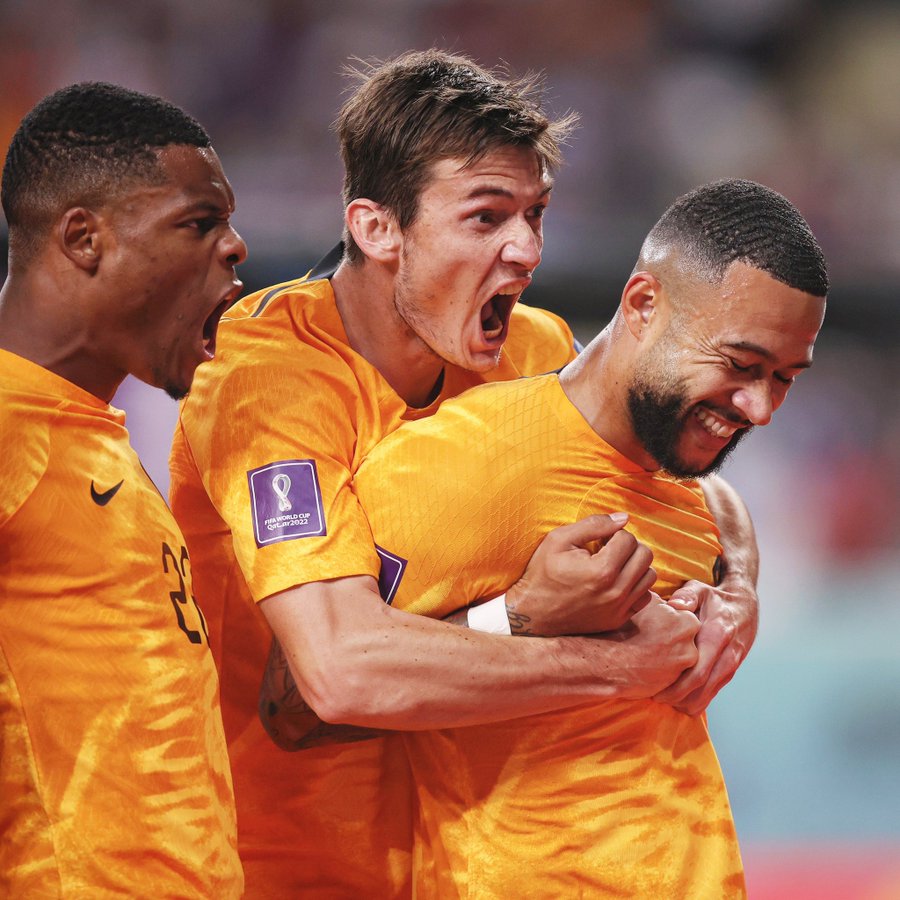 Denzel Dumfries’ heroics proved vital as the Netherlands rode their luck while beating the United States 3-1 on Saturday to reach World Cup quarter-finals.

Louis van Gaal’s key tactic appeared to revolve around letting the USA have control, but the Oranje required two goal-line clearances in the second half before picking their opponents off late on.

It looked straightforward for a while as Dumfries set up Memphis Depay and Daley Blind to give the Dutch lead a commanding lead at the break.

Tim Ream and Haji Wright were then both denied by last-ditch interventions in the second period, before the latter gave the USA a lifeline.

But Dumfries finished them off to cap a wonderful performance and seal progress.

The Netherlands progress to the Quarter-finals! 🇳🇱@adidasfootball | #FIFAWorldCup

A lightning start should have brought a third-minute opener for Christian Pulisic, but the USA talisman failed to beat Andries Noppert.

The Netherlands capitalised on that let-off seven minutes later.

A 20-pass sequence ended with Dumfries pulling a low cross back to the edge of the box and Depay swept first-time into the bottom-left corner.

The Oranje subsequently allowed the USA to dominate and then hit them with a sucker punch on the stroke of half-time, Dumfries pulling back to Blind in a near-exact replica of the opener.

Ream was denied by Cody Gakpo’s goal-line clearance just after the break, before Depay nearly gifted the USA a goal, with Wright rounding Noppert only to see Dumfries save the day.

Wright did score fortuitously soon after, the ball looping up off his foot and going over Noppert.

But dreadful marking allowed Dumfries to turn in a Blind cross nine minutes from time, killing off the USA’s comeback hopes.