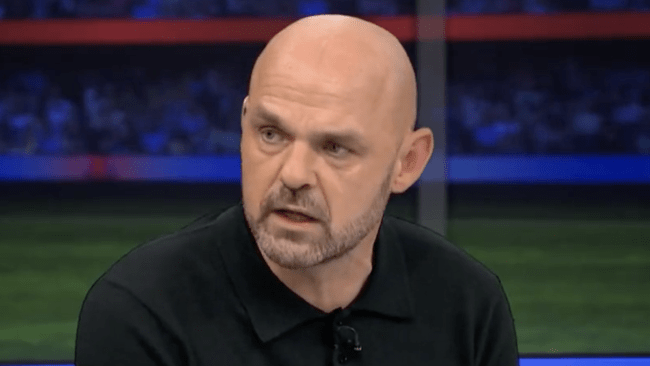 Danny Murphy reckons there are two players who are integral to Liverpool following their shock defeat at Nottingham Forest on Saturday.

Jurgen Klopp’s side lost 1-0 to Forest, courtesy of a goal from former Reds youngster Taiwo Awoniyi, as well as a masterful goalkeeping display from Dean Henderson.

Post-match, Klopp expressed frustration at his team’s inability to break down Forest’s compact and defensive set-up, and once again made note of the number of changes he was forced to make to his starting XI due to injury.

Forwards Darwn Nunez and Luis Diaz missed out, while midfielder Thiago Alcantara was also missing from the CIty Ground due to an ear infection he picked up just hours before the match.

Trent Alexander Arnold was also left on the bench, with the right-back still not 100% fit following his recent injury struggles.

And former Liverpool midfielder Murphy believes the absence of Thiago and Alexander-Arnold is what hurt the Reds the most against Forest.

‘Once you take Thiago and Trent out of that XI, you don’t have anyone with that courage to keep looking up and split a packed defence,’ Murphy told Match of the Day.

‘Trent played midweek so maybe he [Klopp] didn’t want to risk him, but I think there is an argument to suggest strengthening the midfield.

‘Klopp had no choice but to play the kids [Harvey Elliott and Curtis Jones], and there was bad luck with the forwards being injured as well.’

Liverpool have suffered from many injury problems this season, but Klopp was reluctant to sign a new midfielder in the summer, though he ay reconsider that when the window reopens in January.