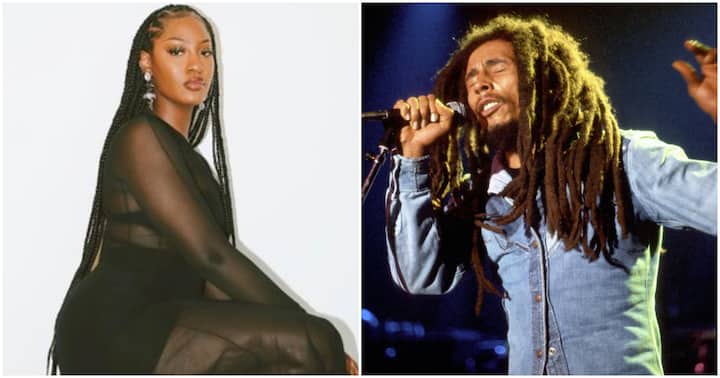 It is another win for Nigerian singer Tems as she was featured on the soundtrack of ‘Wakanda Forever,’ Tems did a cover of Bob Marley’s hit song ‘No Woman, No Cry’ released in 1974, as she joined over 70 artists who have covered the song Many Nigerians have expressed excitement over Tems’ latest win as they applauded her over her latest achievement.

It is a season of achievements and many successes for Nigerian singer Tems as she was featured on the soundtrack of ‘Wakanda Forever’ where she did a cover of Bob Marley’s “No Woman, No Cry” hit song. This was made public after the teaser trailer for Black Panther: Wakanda Forever was released and would be the first without lead actor Chadwick Boseman.

Tem’s feature on the song is coming days after she was acknowledged as one of the song composers on Beyonce’s forthcoming album.

Nigerians hail Tems over new feature in Wakanda Many Nigerians who have watched the teaser couldn’t help but applaud Tems for a well-done rendition of Bob Marley’s song.

Nigerian singer and BET Awards winner Tems attained another feat on the international scene as she was acknowledged as one of the composers on Beyonce’s soon-to-be-released album dubbed Renaissance. This comes after the US singer dropped the tracklists for her new album, which is scheduled for release on July 29. Tems was credited on track 10, “Move”. Aside from the Nigerian singer, Nigerian-British producer Richard Olowaranti Mbu Isong (P2J) was also credited on the album