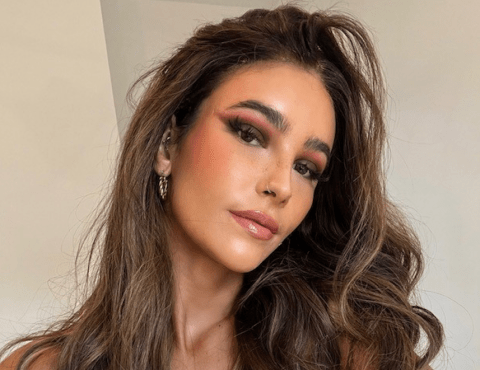 I was looking forward to getting a blue tick.

I’ve been a content creator across various platforms for the last 13 years – becoming quite well known on Tumblr, Instagram and Twitter – but I’ve never been verified on any of them.

It’s meant that, over the years, fake accounts pretending to be me have consistently popped up. I’ve even had followers DM me to tell me that others have been using my photo to catfish people across social media and dating apps.

It’s a really unnerving feeling to know you’re not in full control of your image or what ‘you’ are saying online.

So when I first heard about Elon Musk’s Twitter Blue, I thought it could only be a positive thing.

I assumed users would be paying $8 (£6.73) a month to genuinely verify their identity, which I thought was a good idea.

Less than £7 seemed like a fair price to pay to go through the verification process and confirm that my profile was indeed me.

So after seeing some friends and fellow content creators signing up, I took the plunge, hoping it would stop the impersonators in their tracks.

I thought I would have to upload some form of ID to confirm I was me, but to my surprise, I was instantly given the famous blue tick without any kind of checks.

I had misunderstood. Twitter Blue wasn’t about proving you were a real person, to many of the people buying it, it was about ego – or, as we learned, playing pharmaceutical company stock-destroying pranks.

I felt short-changed that my ‘verification’ didn’t actually confirm my identity, but I also had to deal with the embarrassment.

When I first noticed the blue badge that said, ’This account is verified because it’s subscribed to Twitter Blue’, outing me as someone who had paid, it made me want to remove it immediately. Unfortunately, I can’t until next month – when I can choose to stop paying the subscription fee.

But being a content creator is part of my livelihood, so it’s not exactly like I can stop. If the Twitter Blue tick is a ‘mark of clownery’ – then call me a clown, I should have done my research.

There are those who would criticize me for lining the pockets of the world’s richest man, but I don’t feel particularly strongly about that either way.

If you actually think about it, pretty much every mass-media subscription service is lining the pocket of one mega rich person or another.

With Twitter, it just seems to be more of an issue because Elon himself is publicly fronting the campaign and putting his thoughts on the platform out there for everyone to see.

Frankly, I couldn’t care less whether my tick stays or goes, but I do feel Musk is going about this verification thing the wrong way.

Instead, users should be able to blue check themselves to confirm they are who they say they are – just like I initially thought the service was doing. It certainly would have stopped all those fake George Bush and Tony Blair accounts!

I believe accounts that are verified in any way, whether public figures or those who have parted company with $8 like me, should have their identities confirmed by uploading some form of official ID.

If that was the case, social media users might become more thoughtful about what they post online and how they treat others on their favourite social networks.

Over the years, being an openly trans woman online, I’ve been subjected to a lot of hate and abuse.

Most of the abuse washes over me as I’m very secure in myself – I actually don’t mind the engagement and often encourage it. When someone spews transphobia in my mentions, I often reply or quote tweet them, mocking their comment.

Recently, a man tweeted a photo of me before and after my transition and said it embodied one of his fears about going to another country, implying that he’d unknowingly end up with a trans woman. I replied saying, ‘the guys I date are 10s… you have nothing to worry about’.

hahahahha the guys i date are 10s.. you have nothing to worry about

But that isn’t the case for everyone.

Countless LGBT+ people and minorities receive more abuse than me and are massively impacted by the hate they are subjected to online.

The platform on a whole appears to be a complete shambles at the moment, which is a shame as I think it’s a great place for people to share news, opinions and interact with others.

There’s obviously a negative side to Twitter, but personally it’s been a great tool for me to share my story, my transition, making people laugh and connecting with followers from all over the world.

So if he’s trying to keep it afloat with the on-and-off-again Twitter Blue, then I’m fine with it – even if I think he could do it better!

For now, my blue tick is here to stay.

I may have lost some dignity, and the best part of a tenner – but it has confirmed my belief that identification on social media is a good thing.

Verification shouldn’t just be for celebs.