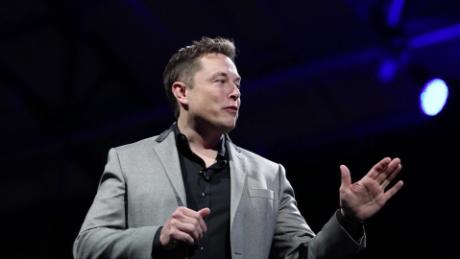 In what might be the biggest case of buyer’s remorse known to mankind, it’s been nothing but trouble ever since.

From selling Tesla shares and taking a big hit on his net worth to having up to a million users leaving the app in protest, the Chief Twit has an uphill battle.

But what changes have been announced so far and what can we expect for Twitter’s future?

The biggest changes Elon Musk has announced for Twitter, so far

Never one to shy away from unpopular decisions or rocking the boat, Musk hasn’t waited around to make his presence felt at the company.

From staff layoffs to new subscription models, let’s round up some changes to know about.

Within his first hours as Chief Twit, Musk began letting go of some of Twitter’s top management.

The culling didn’t stop there.

Layoffs began and it was expected to hit around half of the company’s workforce, or around 3,700 staff, according to internal plans reviewed by Reuters.

Of course, Elon isn’t the only tech mogul swinging the axe.

Mark Zuckerburg, of Meta (Facebook, Instagram and WhatsApp) has recently revealed plans to reduce the global workforce by 13%.

In his first personal email to Twitter staff, Musk warned late on Wednesday (November 9) that staff should prepare for ‘difficult times ahead,’ as he also ended remote working unless he personally approved it.

Musk said there was ‘no way to sugarcoat the message’ about the economic outlook and how it will affect a company dependent on ad spend, like Twitter.

According to the email, as reported by Bloomberg News, the new rules will expect employees to be in the office for at least 40 hours per week.

Twitter has always been free – but Musk has a vision which he thinks will give the company ‘a revenue stream to reward content creators’ while ensuring the site isn’t as dependent on advertisers.

This plan is to start charging for tick Blue, which includes blue tick verification, verification priority in replies, mentions and search, and the ability to post longer videos and audios.

Twitter Blue is currently rolling out for UK users at £6.99 a month, and will cost American users $8 a month.

Slightly reminiscent of sites like OnlyFans, another change being teased, as reported by The Washington Post, is the possibility of users putting some of their own content behind a pay-per-view wall.

Musk put up a poll on Twitter asking people if he should bring back Vine, a sort-of precursor to TikTok where users posted short, humorous video clips.

Of the nearly five million people who participated in his poll, 70% voted in favour.

He has, therefore, instructed Twitter engineers to work on a Vine reboot that could be ready by the end of the year, Axios reports.

Part of the reason Musk’s appointment as Twitter boss led to protests and outrage is his stance on what content can be posted online.

A firm advocate for free speech – including the good, bad, and ugly – some fear the lack of restrictions can lead to a rise in hate speech and discrimination.

Perhaps addressing these fears, Musk has said that the company will set up a content moderation council with ‘widely diverse viewpoints.’

He had said that the council will be accountable for all main content-related decisions and no formerly banned users would be reinstated without the council convening first – which could mean we have a wait to see if Donald Trump returns to the platform after all.

In a confusing run of events, double-verification was added, meaning people had their official blue tick verification and a second grey badge.

After briefly rolling out these new grey badge verifications on Wednesday night, they were gone by Thursday morning.

‘I just killed it,’ tweeted the billionaire owner of the site, responding to a tweet about the grey check disappearing. ‘Blue check will be the great leveler. [sic]’