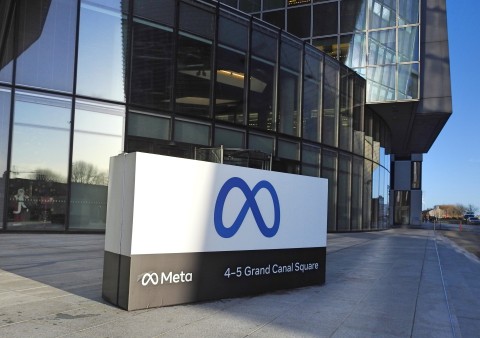 Facebook-owner, Meta has come under fire for forcing staff to share desks as part of a ‘new workplace experience’.

Most staff will not have their own place in the office, and instead be asked to reserve desks before they come in, Meta said.

Staff were told that they would be testing the new policy describing it as an ‘evolving workplace’.

‘Nobody is buying this new experience cr**,’ wrote one staff member on Meta’s internal social network as reported by The Independent.

Employees have also expressed frustration with the ‘cheesy’ way that it was announced, accusing the company of having an ‘obsessive need to spin things in a positive way’.

‘Can we just cut the bulls*** and call it cost-cutting […] nobody is buying this new experience c***,’ wrote another.

The latest announcement follows Meta’s leadership announcing that it would look to ‘turn up the heat a little bit’.

In June, chief executive Mark Zuckerberg said that ‘there are probably a bunch of people at the company who shouldn’t be here’ and would be ‘raising expectations and having more aggressive goals’.

Last April, Meta announced that its employees could continue fully working from home even after the pandemic.

The company recently removed some of the perks it was known for such as extra holidays or ‘Meta Days’ that were given during the pandemic.