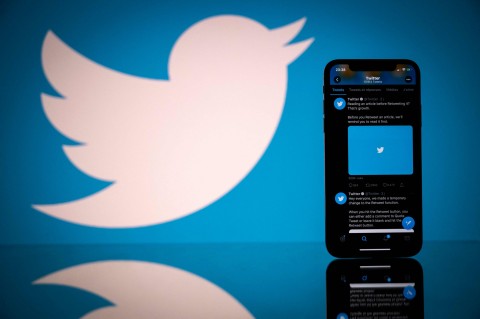 Twitter has a child pornography content problem and major brands have halted advertising on the platform as a result.

Advertisers including Dyson, Mazda, Forbes and PBS Kids have suspended their marketing campaigns or removed their ads from parts of Twitter because their promotions appeared alongside tweets soliciting child pornography, the companies told Reuters.

Brands ranging from Disney, NBC Universal and Coca-Cola were among more than 30 advertisers that appeared on the profile pages of Twitter accounts peddling links to the exploitative material, according to a Reuters review of accounts identified in new research about child sex abuse online from cybersecurity group Ghost Data.

Some of the tweets include keywords related to ‘rape’ and ‘teens’, and appeared alongside promoted tweets from corporate advertisers, the Reuters review found.

In one example, a promoted tweet for shoe and accessories brand Cole Haan appeared next to a tweet in which a user said they were ‘trading teen/child’ content.

‘We’re horrified’, David Maddocks, brand president at Cole Haan, told Reuters after being notified that the company’s ads appeared alongside such tweets.

‘Either Twitter is going to fix this, or we’ll fix it by any means we can, which includes not buying Twitter ads,’

In another example, a user tweeted searching for content of ‘Yung girls ONLY, NO Boys,’ which was immediately followed by a promoted tweet for Texas-based Scottish Rite Children’s Hospital.

In a statement, Twitter spokesperson Celeste Carswell said the company ‘has zero tolerance for child sexual exploitation’ and is investing more resources dedicated to child safety, including hiring for new positions to write policy and implement solutions.

She added that Twitter is working closely with its advertising clients and partners to investigate and take steps to prevent the situation from happening again.

Twitter’s challenges in identifying child abuse content were first reported in an investigation by tech news site The Verge in August.

Ghost Data identified the more than 500 accounts that openly shared or requested child sexual abuse material over 20 days this month. Twitter failed to remove more than 70% of the accounts during the study period, according to the group.

This week, Twitter reviewed and permanently suspended over 500 accounts for violating its rules after it was notified.

In an email to advertisers on Wednesday, Twitter said it ‘discovered that ads were running within Profiles that were involved with publicly selling or soliciting child sexual abuse material,’

Twitter’s transparency reports on its website show it suspended more than 1 million accounts last year for child sexual exploitation. It also made about 87,000 reports to the National Center for Missing and Exploited Children.

A Disney spokesperson called the content ‘reprehensible’ and said they are ‘doubling-down on our efforts to ensure that the digital platforms on which we advertise, and the media buyers we use, strengthen their efforts to prevent such errors from recurring,’

A spokesperson for Coca-Cola, which had a promoted tweet appear on an account tracked by the researchers, said it did not condone the material being associated with its brand and said ‘any breach of these standards is unacceptable and taken very seriously,’

The backlash could be costly for Twitter, which depends on digital brand advertisements for over 90% of its revenue.

It also comes at a time when the company is dealing with whistleblower complaints, a staff exodus and a legal battle with Elon Musk to honour his agreement to buy Twitter in a $44 billion deal.