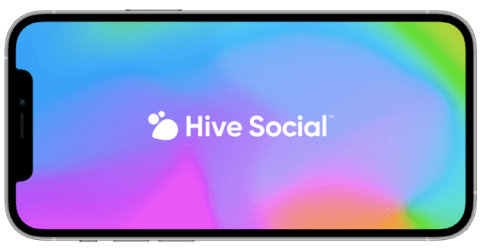 While a majority of people have already switched to Mastodon, several users are testing out Hive, a mobile-only social media app.

Today, Hive has slowly made it to the top of the UK App Store as Twitter’s future continues to look uncertain.

According to Hive’s About Us page, it was created in 2019 when one of the founders ‘Raluca’ who was ‘tired of the restrictions she faced on social platforms in which her posts were not seen by many friends and felt the pressures of complicated algorithms’.

1,000,000 Besties and the number keeps climbing! 🫶🌈🔥Thank you to everyone who has followed us, joined, shared their Hive posts and profiles, invested in our WeFunder, and overall just given us such an incredible amount of support! 🥹🐝💛 pic.twitter.com/3IOliTf647

Hive seems to be a Twitter alternative focused on Gen Z, bringing together elements of Instagram, Twitter and even MySpace, with the option to feature music on your profile.

What makes Hive different from existing social media apps is its lack of a customised algorithm. The developers have gone for a chronological feed instead, which does not sell ads.

It makes money by charging users for additional features like showcasing their favourite music on their profile.

The number of Hive users crossed 1 million over the weekend, confirmed the social media platform’s founder, Kassandra Pop, to Tech Crunch. Around 86% of Hive’s total downloads are reportedly from outside the US.

Hive seems to be a Twitter-alternative focused on Gen Z

Its main difference from Musk’s Twitter would be its policy against hate speech. According to the app’s community guidelines, Hive does not allow credible threats or hate speech.

On Monday, a coalition of civil rights activists was urging Twitter’s advertisers to issue statements about pulling their ads off the social media platform after its owner Elon Musk lifted the ban on tweets by former US President Donald Trump.

Trump’s account, which Twitter had suspended after the US Capitol riot on Jan. 6, 2021, citing the risk of further incitement of violence, was reinstated over the weekend. Some 90% of Twitter’s revenue comes from selling digital ads.