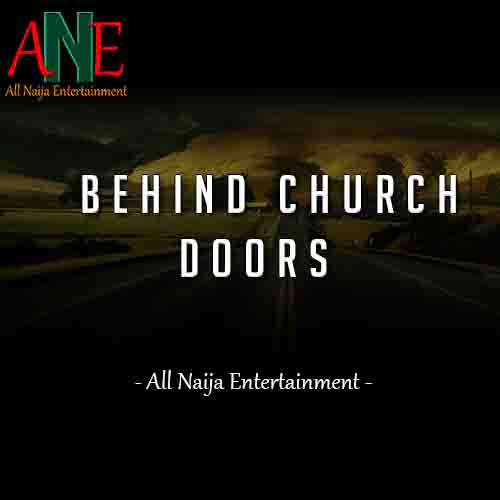 Five days, that’s how long it has been since I had that surgery, I got discharged two days ago and the doctor recommended bed rest. When I left the hospital I really wanted to go back to school and just be alone but my mother insisted on taking me back home.

My heart is still bleeding over the loss of my pregnancy. I am currently spotting and experiencing cramps. The doctor said this will go on for a few days as the uterus shrinks back to its nonpregnant size. I hate what’s happening to me, I hate Pastor G more for putting me through this pain.

I showed my mother evidence of my relationship with Pastor G- the photos I took of him and us, the messages, videos as well as voice notes. I used to record most of our phone conversations and I kept some of the messages we exchanged because I had a feeling they would come in handy someday.

I was this close to sharing some of the explicit videos and photos on social media just so I could get my revenge if not for my mother. She made me promise not to do anything drastic until we sat down to talk. I don’t know why but I feel like she and my father are trying to protect Pastor G’s interests.

And speaking of my father, he hasn’t spoken a word to me since I got home from the hospital. I can tell from the way he looks at me that he is not only angry but disgusted with what I did. I texted Pastor G a couple of days ago and told him I knew what he did and that I would ruin him.

He called and asked if we could meet up to talk but I told him it was too late because I had already told my mother about our relationship. He actually thought I was joking until my mother went over to his house. I don’t know what they talked about but today we are all gathered in their house to have that final talk and supposedly clear the air.

The atmosphere is tense and charged . Pastor G’s wife keeps shooting me daggers with her eyes, I wonder why she is mad at me instead of her husband. I am also a victim in this situation, that fool lied to me, he claimed to have loved me.

“When my wife told me our daughter was pregnant and she had aborted, I was filled with rage because none of my children have ever done something this despicable. I have raised all my children in the ways of the lord Sophia inclusive. The first thing that came to mind was that she had met some boy from university and he had lied to her and managed to convince her to sleep with him,” my father pauses and stares at Pastor G “but when I was told you were responsible, I died a little inside. I trusted you with this girl, she is like a daughter to you.”

Pastor G looks down, “I will not even say anything to defend myself. I fell into great temptation and failed to resist the devil. I am really sorry Bishop.”
Dad looks at me,” what do you have to say for yourself? What went through your mind when you decided to tempt a man of God?”
“Excuse me?” I shot my father a questioning look, “You think I seduced him?”
“You knew he was married and yet you went ahead and opened your legs for him,” Pastor G’s wife yells.
“Oh and suddenly it’s my fault?”
“I treated you like a daughter Sophia, I welcomed you in my home and you still went ahead and did this.”
I laugh, “this is unbelievable! Are you people joking? Because I am not quite following what’s happening here. You are blaming me for what he did? He lied to me and told me he wanted to marry me. He not only got me pregnant but he laced my food with abortion pi..pi..lls” I say, emotion crawls up my throat and chokes off my words.
“You knew he was married?” She shoots back.
“And you,” she turns to her husband. “How could you? She is like a daughter to us.”
“I think we should stop being emotional and come to a conclusion,” my mother says.”Sophia! Can I have your phone.”
“Why?”
“Can I please have your phone?” She says, this time her tone is loud and harsh.
“Ma! Why should I give you my phone?”
“Give her the phone,” my father commands.

And I give her the phone immediately.
“This issue should not go public. The church’s reputation is at stake. We have worked so hard to build this church and bring it to where it is. I will erase all the information implicating you from this phone,” my mother says.
“You can’t be serious,” I began to cry.
“This is for the best Sophia. You don’t expect this issue to go public. Your reputation too is at stake, imagine what people will say when they find out you got pregnant for a married man and aborted. Your school and…”
“I don’t care about school. I don’t care about anything, he ruined my life.”
“You ruined your life yourself,” my father yells.

“Stop playing victim to circumstances you created. This is your fault too. You opened your legs to him even when you knew he was married so shut up. You have no idea how hard it’s been for both families to make this decision. You should be thankful that Mama G has agreed to keep this matter private and not expose the whore that you are.”
I stare at my father, unable to believe the words that are coming from his mouth. They are willing to protect this man over their own child.

“We are sorry mama for this unfortunate situation, I pray you and your husband can sort out your issues,” he says to Pastor G’s wife.
I rise to my feet,” I can’t sit here and listen to this drama. I will bring him down I swear,” with that I March out and slam the door behind my back.
To Be Continued…. . . .