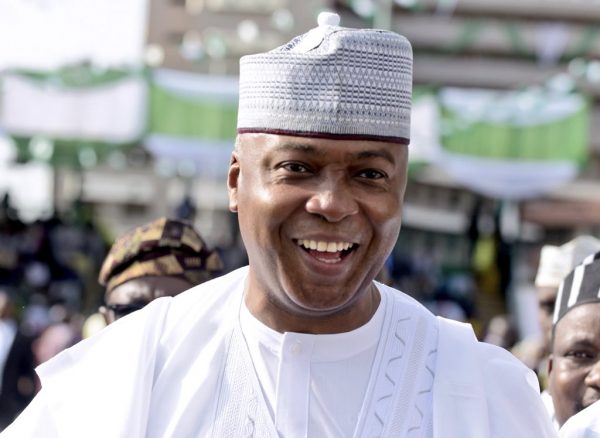 Saraki breaks silence: Saraki, who spoke for the first time since crisis broke out in the PDP, said he just returned from his annual vacation and noticed people’s concern over his seeming silence on recent developments in the party.

Pulse reports that the PDP, of which the former Senate President is a major stakeholder, has been enmeshed in a leadership tussle caused by the aggressive calls for the resignation of its National Chairman, Iyorchia Ayu, by the Rivers State Governor, Nyesom Wike and his allies.

The Wike camp has since pulled out of the Atiku Presidential Campaign Council, insisting that Ayu must be replaced with a Chairman of southern extraction, before they can return to the fold.

Atiku, who seems to be on the tightrope, has maintained neutrality on the matter, saying he’s not opposed to Ayu’s removal but must that be done in accordance with the constitution of the party.

Dissatisfied with the former Vice President’s position on the matter, the Rivers Governor has continued to drag the party and even held a media parly recently where he made several allegations against Ayu and Atiku.

Atiku is the best option: As the whole drama continued to unfold, Saraki had remained quiet leading to questions regarding which side of the divide he may have pledged his allegiance.

Reacting to the issue, the former Senate President in a series of tweets on his Twitter page on Saturday, September 24, 2022, said he’s been silently working behind the scene to ensure that the PDP overcomes its challenges.

He, however, re-echoed his support for Atiku’s candidacy, saying the party’s flag-bearer remained the best option for Nigerians in the 2023 presidential election.

Saraki’s tweet read: “I just returned from my annual vacation and went straight to Akwa Ibom to join the celebration of the 35th anniversary of the state’s creation.

“As I moved around the country in the past few days, I got the feeling that many people are concerned over my seeming silence on recent developments in our party, the PDP. My response is that there are times to speak and be heard and there are times when working silently behind the scene is more productive. This is such a time.”

“The PDP and Atiku Abubakar remain the best option for Nigerians in the 2023 polls!”