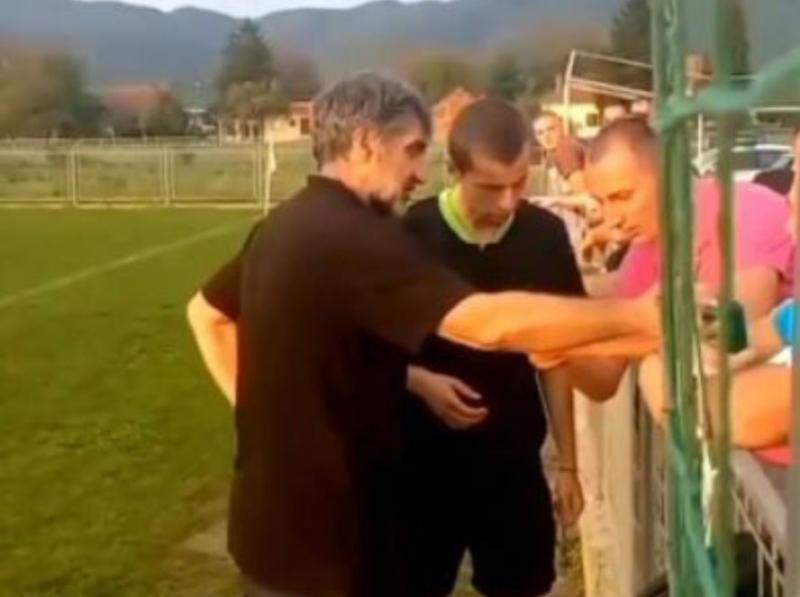 Serbian referee Stefan Lazovic who used footage on a fan’s mobile phone for VAR review to overturn an offside decision has been banned for life.

Lazovic went viral after pictures emerged of his VAR check in one of Serbia’s lower-tier competitions earlier this week.

He had originally ruled out a goal for offside before studying the spectator’s video, eventually deciding that the player was in fact onside.

And the Sun reports that Serbian chiefs were not impressed by the decision and have since stripped Lazovic of his duties.

Lazovic’s alleged dismissal sparked outrage on social media, as fans stood in support of the referee.

The original comment written by ftbl.serbia read: “Support for Stefan Lazovic! Why should only he suffer, why such a rigorous sentence, why a lifetime ban from trial?

“How is it possible that there is no penalty for the delegate and all other authorities from the responsible FS of that district?

“How could the match be allowed to be played without one assistant referee?! Who is responsible here? Why does Stefan’s spear break?

“At the end of the day, the fact that he watched the video and changed the decision, just shows that he wanted everything to be FAIR!

“He talks about the fact that he was not a slave to his vanity, but he admitted and corrected his mistake.

“Well, this video went around the world and now millions of people have heard about the ‘over there’ football clubs Popovic and Apollon, as well as the village of Vrnjci!

“In short, we appeal to the judges’ organisation and the competent authorities – now you CHANGE the decision! Let the VAR system work for you too and cancel the penalty. Correct the ERROR!